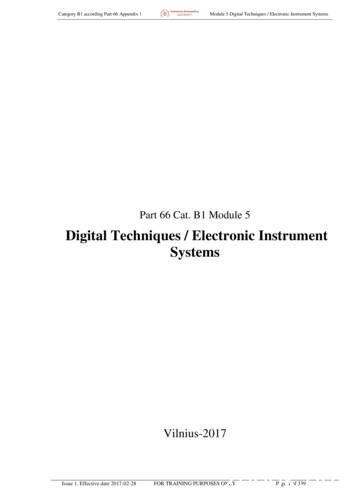 Category B1 according Part-66 Appendix 1Module 5 Digital Techniques / Electronic Instrument Systems5.1 ELECTRONIC INSTRUMENT SYSTEMSAnalog CockpitFor many years of aviation, the standards for cockpit layout were established. Aircraft started with afew instruments, they changed with the number of devices growing.Historically the modern typical systems arrangements and cockpit layout of electronic instrumentsystems could be started with Boeing 737-200 aircraft (Fig. 1-1). It flight deck could be divided intoparts according captain’s (pilot), Central and 1st officer’s (co-pilot) places.Figure 1-1. The Boeing 737-200 flight deckOn the top there is glareshield panel combined of Mode Control panel with autopilot and MasterCaution lights. The master caution lights accompanied by annunciators are located on the left- andright-end of the glare shield panel. They are arranged as two-button systems with yellow and redlights with buzzer. Each annunciator group is different for pilot and co-pilot, accordingly to theinstruments arrangement. The autopilot is in between.The Glareshield panel is like a dock shelter, which shields Captain’s, Central and 1st officerinstrumental panels from the direct sunlights.The main catching one's eye instruments on the Captain’s and 1st officer instrumental panels areanalog flight instruments. The Central panel instruments give the information on engine parameters(compressor speeds, etc.) and oil pressure, fuel quantity and consumption.In the middle down of the Central panel, there are two Central display units (CDU) of Flightmanagement computers (FMC) and digital color weather radar monitor in between.Issue 1. Effective date 2017-02-28FOR TRAINING PURPOSES ONLYPage 15 of 339

Category B1 according Part-66 Appendix 1Module 5 Digital Techniques / Electronic Instrument SystemsEvolution to Completely Digitized Instruments Arrangement1In the NG and Airbus aircrafts (Fig. 1-15), the larger Primary Flight Display / Navigation Display(PFD/ND – formerly known as Electronic Flight Instrument System - EFIS/MAP) are now side byside to fit into the space available, controls for these are located on either side of the Mode ControlPanel (MCP). The Electronic Instrument System (EIS) and fuel gauges are both on the centralCommon Display System (CDS) with a 6“ screen below that, between the CDUs. The flat paneldisplays have the advantage over CRTs of being lighter, more reliable and consume less power.Figure 1-15. Airbus flight deck schematicThe main difference in Boeing and Airbus flight decks is due to different ideology used. Accordingto Boeing, the requirements from the airlines for the new cockpit were:-To be easy for current 737 pilots to operate;-To anticipate future requirements e.g. transitioning to 777 style flight decks;-To accommodate emerging navigation and communication technologies.In the case of Airbus aircrafts started from A-300 in 1972, the newest achievements were involvedfrom the very beginning combining CRT displays with classic control column. This ideology helpedlater in launching the A320 family, pioneered the use of digital fly-by-wire flight control systems, aswell as side-stick controls, in commercial aircraft.The Boeing B737NG main and glareshield panels are presented on Fig. 1-16. Comparing with Fig.1-15 the composition of the main monitors is classic for that of narrow-body aircrafts glass cockpit.As the „glass cockpit“ is very similar for both Boeing and Airbus aircrafts, only one type is chosen to simplifydiscussion. Boeing preveals as in the very beginning of Basic Training in Lithuania this was the only one complexturbine aircraft type the maintenance organizations were approved and available for basic maintenance practice1Issue 1. Effective date 2017-02-28FOR TRAINING PURPOSES ONLYPage 25 of 339

Category B1 according Part-66 Appendix 1Module 5 Digital Techniques / Electronic Instrument SystemsFig. 1-23A is of the Control Display Unit (CDU), which is the pilot interface to the FMC, and itslayout (Fig. 1-23B).Figure 1-23. Control Display Unit (A), its possible layout (B) and FMC in avionics bay (C)This is only one of possible but rather common layouts. There are normally 2 CDUs but only oneFMC used (if more than one, they are back-up FMC). Think of it as having two keyboards connectedto the one PC. The CDU has a DIR INTC key at the beginning of the second row but some have aMENU key. This key gives access to the sub-systems such as FMC, ACARS, DFDMU, etc.The Control Display Unit (CDU) is the pilot interface to the FMC. The FMC (Fig. 1-23C) is locatedin avionics bay (Fig. 1-24). For control purposes, the information being input to FMCS is seen on theso-called Scratch Pad.Figure 1-24. FMC in an avionics bayIssue 1. Effective date 2017-02-28FOR TRAINING PURPOSES ONLYPage 33 of 339

Category B1 according Part-66 Appendix 1Module 5 Digital Techniques / Electronic Instrument Systems5.2 NUMBERING SYSTEMSThe counting systems starting from the simplest one, related to the fingers changed to moresophisticated and the oldest known system is that used in Babylon about 5100 years before the 21stcentury.The Babylonians, who are known for their astronomical observations and calculations, used asexagesimal (base-60) numeral system. It was the first positional system, in which the value of theparticular digit depends both on the digits itself and its position within the number.The legacy of sexagesimal system survived until nowadays, in the form of angle degrees (360 in acircle) and in time measurement.The everyday use of this system was of little use so since approximately 2300 years before the 21stcentury the Hindu-Arabic numeral system slowly became the main system used. The numeralconcept, developed in India spread to other surrounding countries and, after adaptation andmodification by Arabs, spread to the Western world due to trade links with them. The Western worldmodified them once again and called them Arabic numerals. Hence, the current Western numeralsystem is the modified version of the Hindu numeral system developed in India.The Decimal (Denary) SystemThis is the familiar, everyday system in which the base or “radix” of the number is 10: this meansthat each digit in a decimal number is effectively multiplied by a power of 10.In other words the value (for example 754) is formed by the sum of each digit, multiplied by the base(in this case it is 10 because there are 10 digits in decimal system) in power of digit position (countingfrom zero) as is shown on Fig. 2-1.Figure 2-1. Number 754 formationPosition of each digit is very important! Placing "7" to the end as in 547 (Fig. 2-2) it will be anothervalue:Figure 2-2. Number 547 formationIssue 1. Effective date 2017-02-28FOR TRAINING PURPOSES ONLYPage 35 of 339

Category B1 according Part-66 Appendix 1Module 5 Digital Techniques / Electronic Instrument SystemsOne advantage of hexadecimal is that every unique 2-digit pair (or octet) always represents the samebyte value. To "translate" a hexadecimal value into bytes, one needs only to separate the value intoindividual 2-digit groups, translate each group into its respective byte value, and then combine theresults together to form an accurate translation of the entire original hexadecimal word. Conversely,bytes can also be easily translated into hexadecimal values by translating each byte individually intoits hexadecimal 2-digit value, and then recombining the hexadecimal values into a "word". Theresulting "word" will be an accurate hexadecimal representation of the original string of bytes.There is a convention to add "h" in the end of a hexadecimal number, this way we can determinethat 5Fh is a hexadecimal number with decimal value of 95. "0" (zero) is added in the beginning ofhexadecimal numbers that begin with a letter (A.F), for example 0E120h.Example: The hexadecimal number 1234h is equal to decimal value of 4660:Converting Decimals to HexadecimalsIn order to convert from decimal system, to any other system, it is required to divide the decimalvalue by the base of the desired system, each time you should remember the result and keep theremainder, the divide process continues until the result is zero.The remainders are then used to represent a value in that system.Example: Convert the value of 39 (base 10) to Hexadecimal System (base 16):The hexadecimal number is 27h. All remainders were below 10 in the above example, so any letterswere used.Issue 1. Effective date 2017-02-28FOR TRAINING PURPOSES ONLYPage 46 of 339 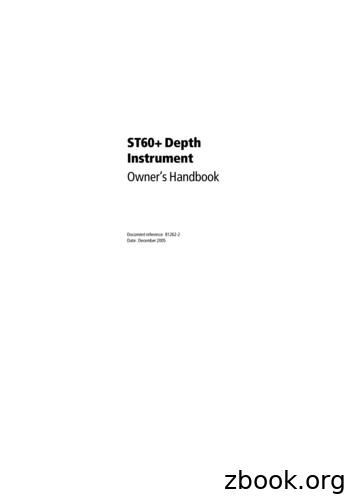 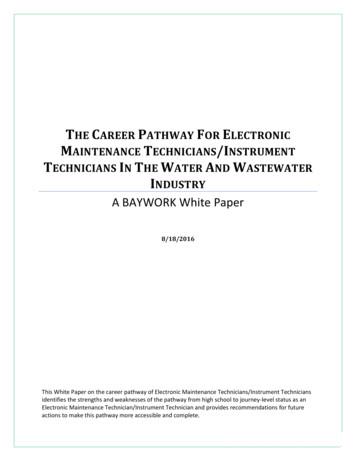 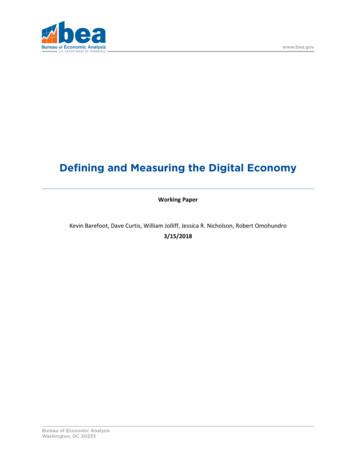 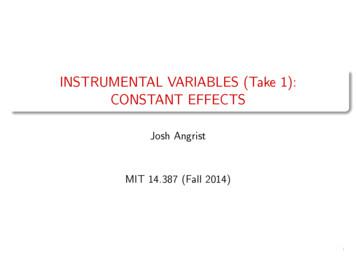 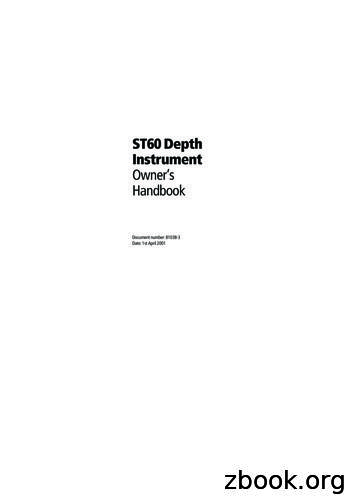 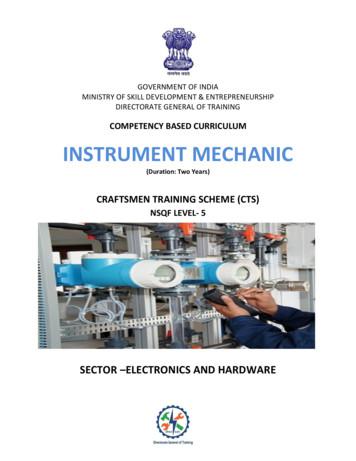 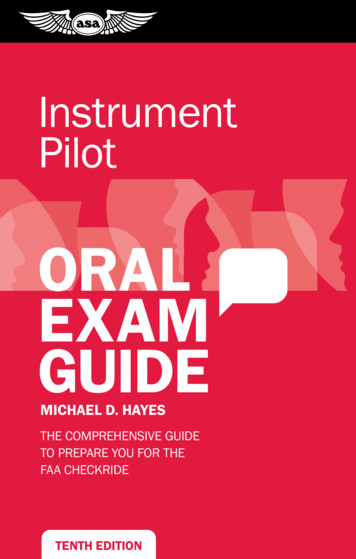 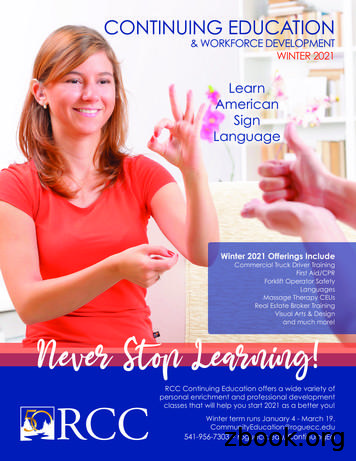 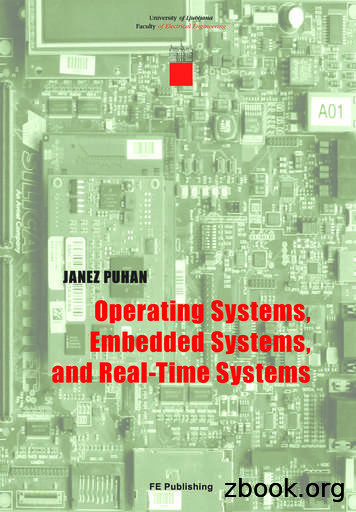 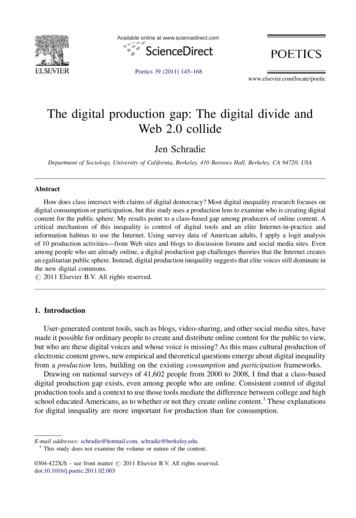 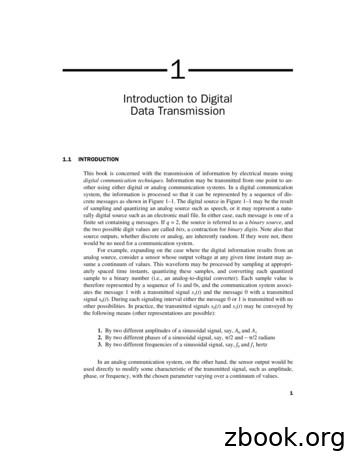 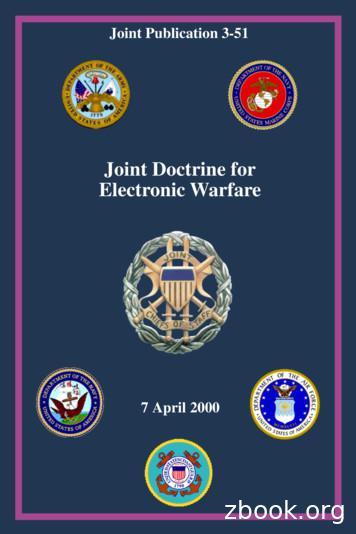