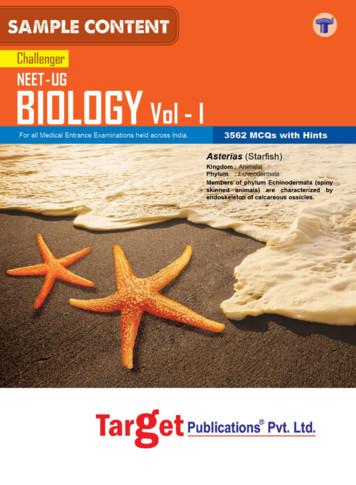 TENTFor all Medical Entrance Examinations held across India.ChallengerNEET – UGVol. ICONBiologySalient Features SAM Exhaustive coverage of MCQs under each sub-topic.‘3562’ MCQs including questions from various competitive exams.Includes solved MCQs upto NEET-UG 2018, MHT-CET and various entranceexaminations from year 2015 to 2018.Includes NEET-UG 2019 and NEET 2019 (Odisha) Question Paper and Answer Keyalong with Hints.Concise theory for every topic.Hints provided wherever deemed necessary.Model Test papers for thorough revision and practice.Important inclusions: Problems to Ponder.PLE Printed at: India Printing Works, Mumbai Target Publications Pvt. Ltd.No part of this book may be reproduced or transmitted in any form or by any means, C.D. ROM/Audio Video Cassettes or electronic, mechanicalincluding photocopying; recording or by any information storage and retrieval system without permission in writing from the Publisher.P.O. No. 179207TEID: 13611

PREFACETarget’s ‘Challenger Biology: Vol-I’ is a compact guidebook, extremely handy for preparation of NEET-UG exam.TENTFeatures of each chapter: Theoretical Concepts presented in the form of pointers, tables, charts and diagrams that form a vital part of anycompetitive examination. Multiple Choice Questions segregated into two sections. Concept Building Problems – Contains questions ofvarious difficulty range and pattern. Practice Problems – Contains ample questions for thorough revision. Problems to Ponder: MCQs of different pattern created with the primary objective of helping students tounderstand the application of various concepts of Biology.Two Model Test Papers are included to assess the level of preparation of the student on a competitive level.NMCQs have been created and compiled with the following objective in mind – to help students solve complexproblems which require strenuous effort and understanding of multiple-concepts. The MCQs are a mix of questionsbased on higher order thinking, theory, and multiple concepts.COThe level of difficulty of the questions is at par with that of various competitive examinations like AIIMS, CPMT,TS EAMCET (Med. and Engg.), BCECE, AP EAMCET (Med. and Engg.) and the likes. Also to keep studentsupdated, questions from most recent examinations such as AIPMT/NEET, MHT-CET, K CET, GUJ CET, WB JEEMof years 2015, 2016, 2017 and 2018 are covered exclusively.NEET-UG 2019 and NEET 2019 (Odisha) Question Paper and Answer Key has been provided. Studentscan access the hints of this Question Paper given in the form of QR Code.The journey to create a complete book is strewn with triumphs, failures and near misses. If you think we’ve nearlymissed something or want to applaud us for our triumphs, we’d love to hear from you.PLEPlease write to us on : [email protected] book affects eternity; one can never tell where its influence stops.From,PublisherSAMEdition: SecondDisclaimerThis reference book is based on the NEET-UG syllabus prescribed by Central Board of Secondary Education (CBSE). We the publishers are making this reference book whichconstitutes as fair use of textual contents which are transformed by adding and elaborating, with a view to simplify the same to enable the students to understand, memorize andreproduce the same in examinations.This work is purely inspired upon the course work as prescribed by the National Council of Educational Research and Training (NCERT). Every care has been taken in the publication ofthis reference book by the Authors while creating the contents. The Authors and the Publishers shall not be responsible for any loss or damages caused to any person on account of errorsor omissions which might have crept in or disagreement of any third party on the point of view expressed in the reference book. reserved with the Publisher for all the contents created by our Authors.No copyright is claimed in the textual contents which are presented as part of fair dealing with a view to provide best supplementary study material for the benefit of students.

Frequently Asked Questions Why Challenger Series?TENTGradually, every year the nature of competitive entrance exams is inching towards conceptualunderstanding of topics. Moreover, it is time to bid adieu to the stereotypical approach of solving aproblem using a single conventional method.To be able to successfully crack the NEET and JEE (Main) examination, it is imperative todevelop skills such as data interpretation, appropriate time management, knowing various methods tosolve a problem, etc. With Challenger Series, we are sure, you’d develop all the aforementioned skillsand take a more holistic approach towards problem solving. The way you’d tackle advanced levelMCQs with the help of hints, tips, shortcuts and necessary practice would be a game changer in yourpreparation for the competitive entrance examinations. What is the intention behind the launch of Challenger Series? CONThe sole objective behind the introduction of Challenger Series is to severely test the student’spreparedness to take competitive entrance examinations. With an eclectic range of critical andadvanced level MCQs, we intend to test a student’s MCQ solving skills within a stipulated timeperiod.What do I gain out of Challenger Series?After using Challenger Series, students would be able to:assimilate the given data and apply relevant concepts with utmost ease.b.tackle MCQs of different pattern such as match the columns, diagram based questions, multipleconcepts and assertion-reason efficiently.c.garner the much needed confidence to appear for various competitive exams.PLE a.Can the Questions presented in Problems to Ponder section be a part of the NEET/JEE (Main)Examination?MNo, the questions would not appear as it is in the NEET/JEE (Main) Examination. However, there arefair chances that these questions could be covered in parts or with a novel question construction.Why is then Problems to Ponder a part of this book?The whole idea behind introducing Problems to Ponder was to cover an entire concept in one question.With this approach, students would get more variety and less repetition in the book.SA Best of luck to all the aspirants!

Chapter 02: Biological Classificationiii.iv.v.vi.vii.viii.They directly or indirectly depend on plants for food.They digest their food in an internal cavity and store food reserves as glycogen or fat.Mode of nutrition: holozoic (by ingestion of food)Sexual reproduction: copulation of male and female followed by embryological development.Higher forms show elaborate sensory and neuromotor mechanism.Most of them are capable of locomotion.2.6 Viruses, Viroids and Lichensiii.TENTNii.Viruses:a.Non cellular.b.They have an inert crystalline structure outside the living cell (host).c.They are obligate parasites.d.They infect host cell and take over its machinery and replicate inside the host.e.Genetic material is either DNA or RNA. No virus contains DNA and RNA both.f.Viruses that infect plants have single stranded RNA and viruses that infect animals have eitherssRNA, dsRNA or dsDNA.g.Capsid is the protein coat and is made up of capsomers (small protein units) protecting nucleic acid.Hence, viruses are known as nucleocapsid.h.Viruses that infect bacteria are known as Bacteriophages which contain dsDNA.i.Viruses cause diseases like mumps, small pox, herpes, polio and influenza. AIDS in humans is causedby Human Immuno Virus or HIV.j.In plants, mosaic formation, leaf rolling and curling, yellowing of vein, dwarfing and stunted growthare symptoms of viral disease.Viroids:a.Smaller than viruses.b.Potato spindle tuber disease is caused by potato spindle-luber viroid (PSTV).c.RNA is single stranded, lacks protein coat and of low molecular weight.Lichens:a.Symbiotic associations between algae and fungi.b.Algal component phycobiont is autotrophic whereas fungal component mycobiont is heterotrophic.c.Lichens are good indicators of pollution. Do not grow in polluted area.COi.PLEMemory MapArchaebacteria SAKingdom MoneraHeterotrophic bacteriaChemosynthetic bacteriaPhotosynthetic bacteria(Cyanobacteria)Eubacteria (True ytesAlgaeKingdom PlantaeKingdom AnimaliaFIVE KINGDOM CLASSIFICATIONKingdom FungiPhycomycetes (Algal fungi)Kingdom ycetes (Sac fungi)Basidiomycetes (Club fungi)Deuteromycetes (Imperfect fungi)Slime mouldsProtozoans21 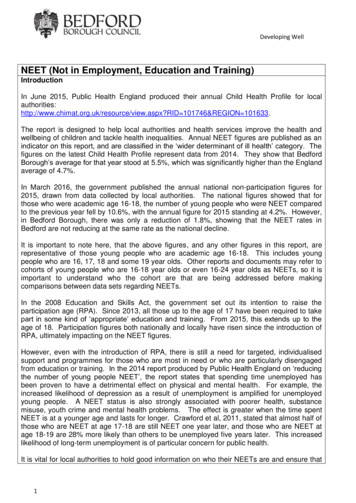 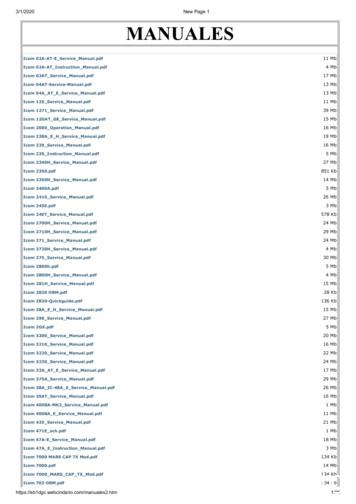 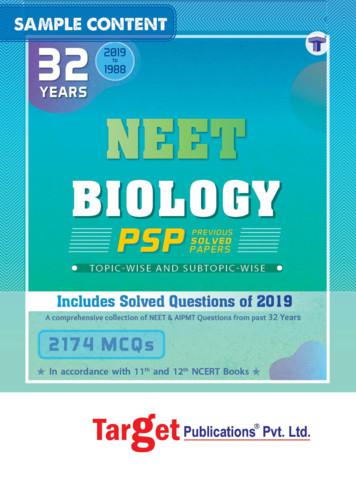 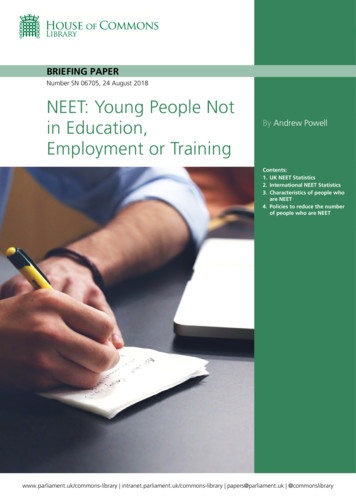 NEET: Young People Not in Education, Employment or Training
Likewise, not all unemployed people will be NEET. 60% of the 492,000 unemployed 16-24 year-olds in April-June 2018 were not in education or training and were therefore NEET. The remaining 40% were in some form of education or training, and therefore were not NEET: • 162,000 (33%) were in full-time education, but looking for work.File Size: 465KB
14d ago
0 Views 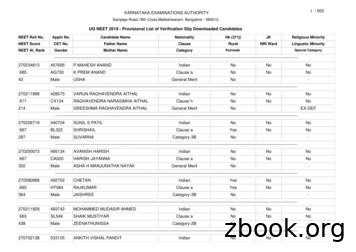 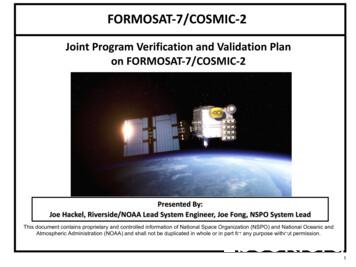 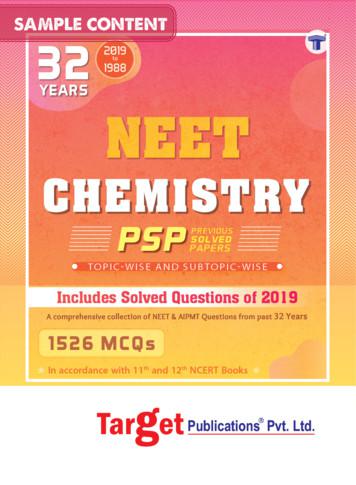 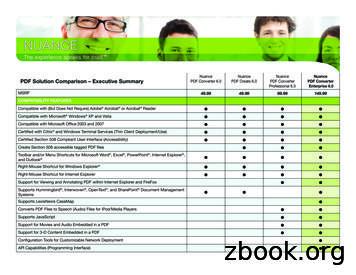 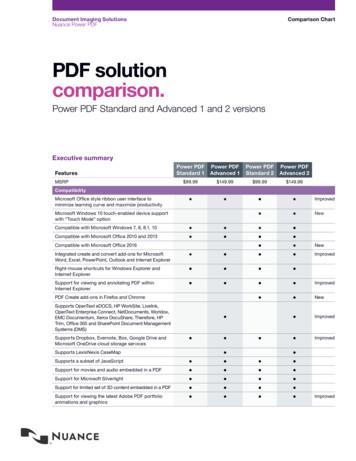 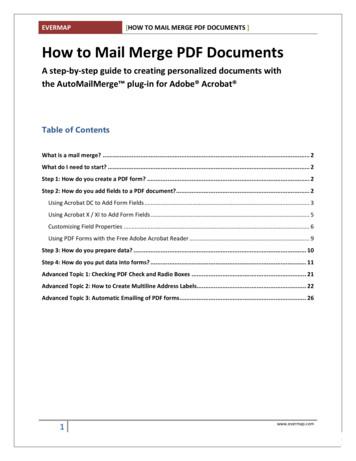 How To Mail Merge PDF Documents using AutoMailMerge plug .
Let’s start from scratch and create a PDF form and a data file. Step 1: How do you create a PDF form? A PDF form is a special kind of PDF document that contains interactive fields where text information can be entered, or check boxes may be selected. You can create a PDF form from any PDF , word processor, image file or a paper document.
2m ago
8 Views 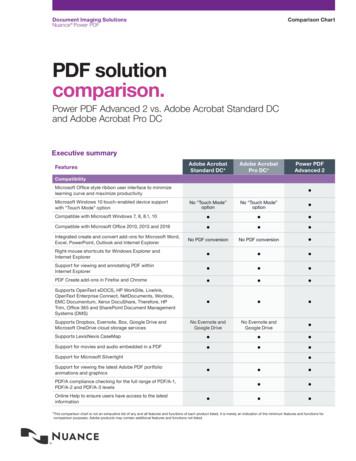