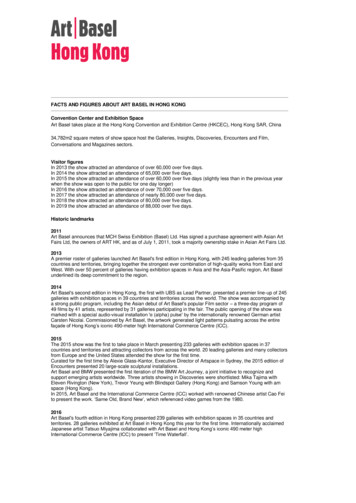 During the show Art Basel and BMW announced the second shortlist selected from the Discoveries sector:Abigail Reynolds with Rokeby (London), Newsha Tavakoljan with Thomas Erben Gallery (New York) and AlvinZafra with Artinformal (Mandaluyong City).2017The 2017 show featured 242 galleries from 34 countries. 29 galleries took part for the first time. Kabinett, a newaddition to the show, featured 19 precisely curated exhibitions, ranging from thematic group presentations tosolo shows.During the show, Art Basel and UBS released the first Art Basel and UBS Global Art Market Report, whichanalyses today’s international art market. Written by cultural economist Dr Clare McAndrew, Founder of ArtsEconomics, it covers macro-economic trends within the industry, spanning the dealer and auction markets, aswell as online sales.2018The sixth edition of Art Basel’s show in Hong Kong featured 248 premier galleries from 32 countries andterritories, with 28 galleries participating in the show for the first time.Alexie Glass-Kantor, Executive Director of Artspace in Sydney, once again curated Encounters this yearcomprising, 12 large-scale installations by both emerging and established artists.Together with Art Basel, BMW announced the new shortlist for the BMW Art Journey: Ali Kazim (JhaveriContemporary), Zac Langdon-Pole (Michael Lett) and Gala Porras-Kim (Commonwealth and Council)2019The 2019 edition featured 242 premier galleries from 35 countries and territories. 21 galleries participated in theshow for the first time, with nine premier galleries from the United States and Europe joining the main sector ofthe show for the first time, while the graduation of five galleries from the Asia-Pacific region into the main sectordemonstrated the strengthening of Asia's position in the fair.Together with Art Basel, BMW announced the new shortlist for the BMW Art Journey: Lu Yang (Société), ShenXin (Madeln Gallery), and Clarissa Tossin (Commonwealth and Council)2020Following the severe outbreak of the novel coronavirus, Art Basel and MCH made the difficult decision to cancelthe 2020 edition of Art Basel Hong Kong. The next edition of Art Basel in Hong Kong will take place from March25-27, 2021.Art Basel launched the Online Viewing Rooms, the new digital initiative will run in parallel to the shows – ratherthan replacing the physical experience of an art fair – and will allow gallerists to showcase additional curatedexhibitions of works not presented at the fair. For its first iteration, however, the concept has been adapted toallow exhibitors to present works intended for the cancelled Art Basel Hong Kong 2020. All galleries that wereaccepted to the 2020 Hong Kong show were invited to participate at no cost for the first edition.The inaugural edition of Art Basel’s Online Viewing Rooms featured presentations by 235 galleries and morethan 2,000 works. Over the course of seven days, the first iteration attracted more than 250,000 visitors fromaround the globe, allowing galleries to meet and engage with new collectors during this challenging time, as wellas reconnecting with existing clients via the platform.As of April 2020

ART BASEL'S SHOW SECTORS IN HONG KONGGalleriesThe Galleries sector presents around 180 of the world's leading Modern and contemporary art galleries –displaying paintings, sculptures, drawings, installations, photographs, film, video and digital artworks fromthe 20th and 21st centuries from Asia and the West. Galleries applying for this sector must be at leastthree years old, and are selected on the basis of their overall program.InsightsInsights presents projects developed specifically for the Hong Kong show. Exhibiting galleries must bebased in Asia or the Asia-Pacific region - from Turkey to New Zealand, including the Middle East and theIndian subcontinent - exclusively present works by artists of Asian origin at the fair. Solo shows,exceptional art-historical material, and thematic exhibitions of two or more artists are selected on thestrength of the proposed project.DiscoveriesDiscoveries gives a global platform to emerging contemporary artists from all over the world andshowcases work by the next generation of talent at an early stage in their career. Galleries present anexhibition of work by either one or two artists from their gallery program, preferably new and createdspecifically for the show.KabinettKabinett sector galleries are chosen from the Galleries sector to present curated exhibitions in aseparately delineated space within their booths. The curatorial concepts for Kabinett are diverse,including thematic group exhibitions, art-historical showcases and solo shows, presented by exhibitorsfrom Asia, Europe and the United States.EncountersDedicated to presenting large-scale sculpture and installation works by leading artists from around theworld, Encounters provides visitors with the opportunity to see works that transcend the traditional art fairstands. Encounters presents these works in prominent locations throughout the exhibition halls bygalleries also exhibiting in the Galleries, Insights or Discoveries sectors of the fair.MagazinesArt publications from around the world display their magazines in single-magazine stands or the collectivebooth. Editors and publishers are often present at the show and many magazines contributepresentations to our Salon series, a schedule of presentations, lectures, and discussions by a range ofspeakers.FilmArt Basel's Film sector in Hong Kong will comprise a 3-day program by and about artists. The screeningswill take place in the agnès b. CINEMA at the nearby Hong Kong Arts Centre. The program will bepresented by Beijing- and Zurich- based curator, multi-media artist and producer Li Zhenhua.As of March 2017

CURATORS OF SHOW SECTORS IN HONG KONGArt Basel invites internationally recognized experts in particular spheres of the art world tocurate the Encounters, Film and Conversations sectors in Hong Kong.ENCOUNTERSAlexie Glass-KantorAlexie Glass-Kantor is a curator, author and Executive Director of Artspace, acontemporary art institution in Sydney. Developing curatorial engagement in the AsiaPacific region throughout her career, Alexie Glass-Kantor has held programming andcuratorial roles at organizations including SITE Santa Fe Biennial, New Mexico;Magazzino D’arte Moderna, Rome; National University of Singapore Art Museum,Singapore; 12th Adelaide Biennial of Australian Art, Adelaide; Gertrude Contemporary,Melbourne; Iberia Centre for Contemporary Art, Beijing; and the Melbourne InternationalArts Festival and MONA/FOMA, Melbourne.FILMLi ZhenhuaSince 1996, Li Zhenhua has been active as a multi-media artist, curator and producer forinternational and Chinese contemporary culture. He is the founder and director of BeijingArt Lab, a virtual and physical platform for art, research, and exchange. Since 2010 hehas been the nominator for the Summer Academy at the Zentrum Paul Klee Bern(Switzerland), as well as for The Prix Pictet (Switzerland). Li Zhenhua is a member of theinternational advisory board for the exhibition 'Digital Revolution' to be held at theBarbican Centre in the United Kingdom in 2014. As artistic director, he recently curated'The 3rd Shenzhen Independent Animation Biennale' and oversaw the opening exhibitionof A4 Art Museum in Chengdu (China) in April 2017.CONVERSATIONSStephanie BaileyStephanie Bailey is a writer and editor from Hong Kong. She is the Editor-in-Chief ofOcula Magazine, a contributing editor to Art Papers and LEAP, and a member of theNaked Punch editorial committee. She writes regularly for Yishu: Journal ofContemporary Chinese Art and was formerly Senior Editor of Ibraaz, a publishingplatform focused on visual culture in and around North Africa and the Middle East.As of March 2018 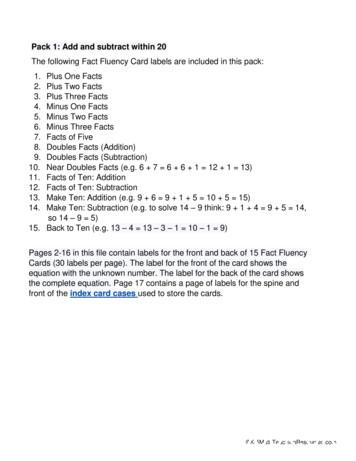 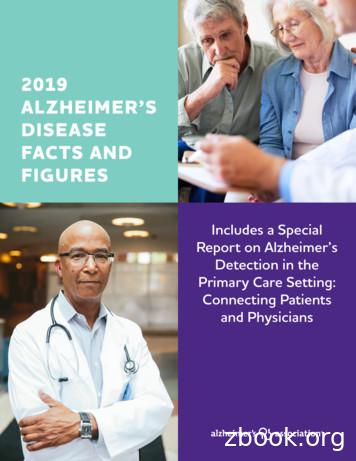 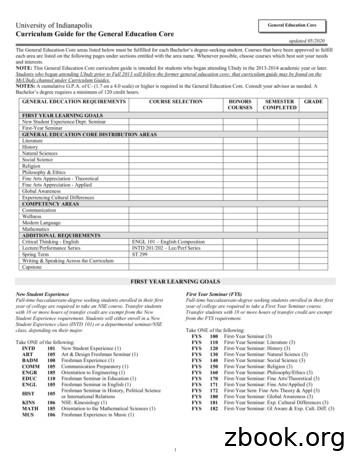 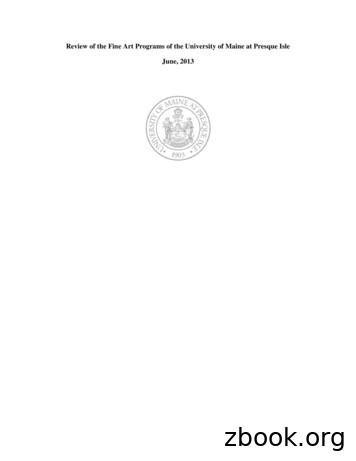 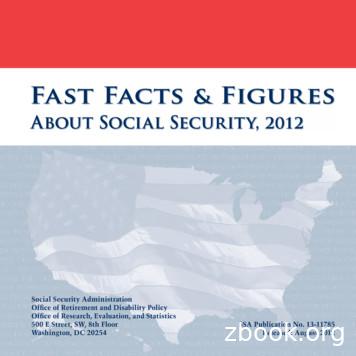 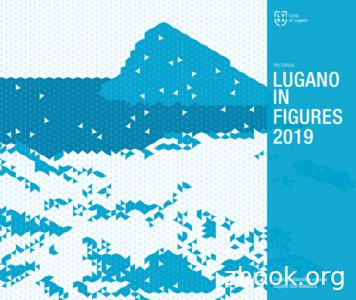 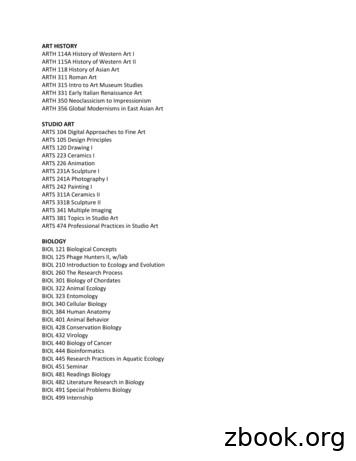 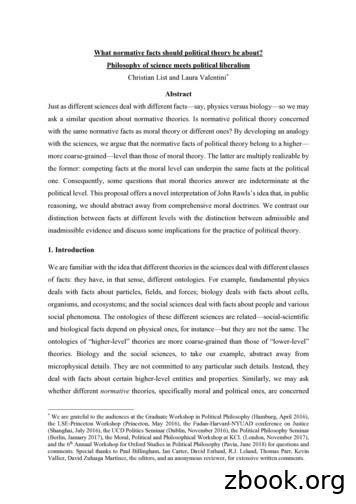 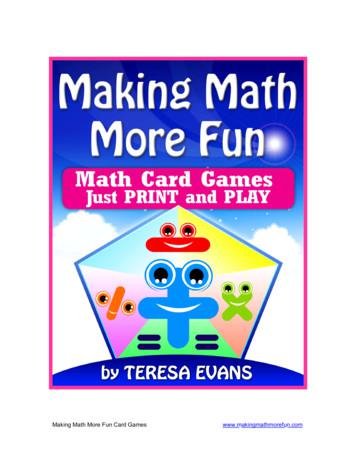 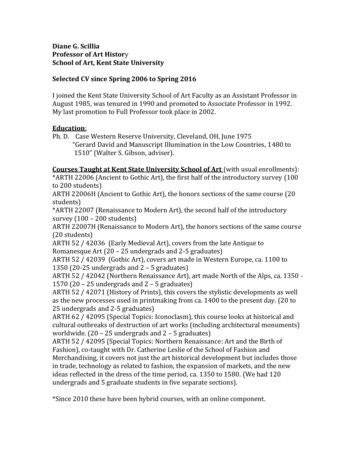 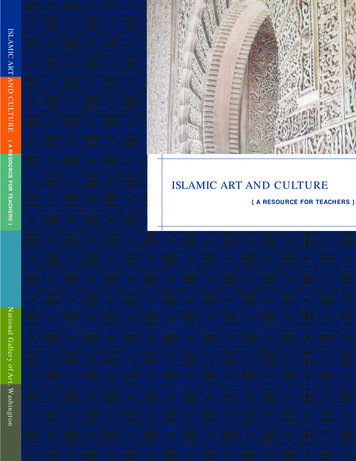 ISLAMIC ART AND CULTURE - National Gallery of Art
ISLAMIC ART “Islamic art” is a label coined in the West in the nineteenth century. Unlike “Christian art” or “Buddhist art,” it does not describe art with a particular set of religious imagery. In fact, Islamic art has few exclusively religious symbols comparable to the Christian cross.
2m ago
12 Views 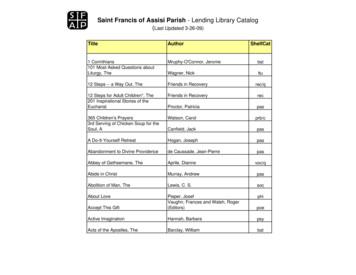