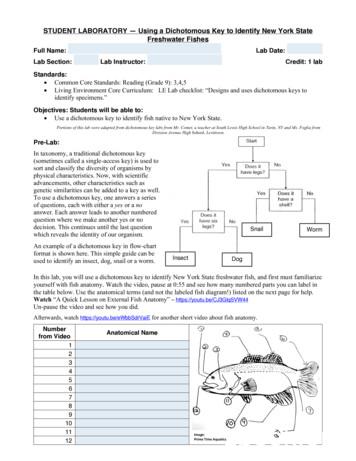 STUDENT LABORATORY — Using a Dichotomous Key to Identify New York StateFreshwater FishesFull Name:Lab Date:Lab Section: Lab Instructor:Credit: 1 labStandards: Common Core Standards: Reading (Grade 9): 3,4,5 Living Environment Core Curriculum: LE Lab checklist: “Designs and uses dichotomous keys toidentify specimens.”Objectives: Students will be able to: Use a dichotomous key to identify fish native to New York State.Portions of this lab were adapted from dichotomous key labs from Mr. Comet, a teacher at South Lewis High School in Turin, NY and Ms. Foglia fromDivision Avenue High School, Levittown.Pre-Lab:In taxonomy, a traditional dichotomous key(sometimes called a single-access key) is used tosort and classify the diversity of organisms byphysical characteristics. Now, with scientificadvancements, other characteristics such asgenetic similarities can be added to a key as well.To use a dichotomous key, one answers a seriesof questions, each with either a yes or a noanswer. Each answer leads to another numberedquestion where we make another yes or nodecision. This continues until the last questionwhich reveals the identity of our organism.An example of a dichotomous key in flow-chartformat is shown here. This simple guide can beused to identify an insect, dog, snail or a worm.SnailInsectWormDogIn this lab, you will use a dichotomous key to identify New York State freshwater fish, and first must familiarizeyourself with fish anatomy. Watch the video, pause at 0:55 and see how many numbered parts you can label inthe table below. Use the anatomical terms (and not the labeled fish diagram!) listed on the next page for help.Watch “A Quick Lesson on External Fish Anatomy” – https://youtu.be/CJ3GlqSVW44Un-pause the video and see how you did.Afterwards, watch https://youtu.be/eWbbSdrVaiE for another short video about fish anatomy.Numberfrom Video123456789101112Anatomical NameImage:Prime Time Aquatics

Review the anatomical terms, descriptions and the diagrams below and reference them as needed as you identifyeach fish using the dichotomous key. Anterior: towards the head Posterior: Towards the back Broad part of the fish: height of thickest part of the fish from top to bottom, not including the fin. Use aruler to measure the broad part, then use a ruler to measure the length of the fish. Compare the twonumbers as a ratio. See image below. Hinge: Where the corners of the mouth meet; can be in front of the eye, below the eye, or in back of theeye. Barbel: a fleshy projection from the lip or head (like on a catfish) Concave: curving inward Fins: Fins can be single (separate), elongated (one type of fin, for example a dorsal fin that stretchesalong part of the length of the body) or continuous (cannot distinguish separate fins, stretch along theentire length of fish as one fin)o Adipose: a small fin on the top mid-line of the body near the tail fin (not pictured below).o Anal: a fin along the lower mid-line of the body near the tail fin.o Caudal: tail fin. Can be forked: looks like a sideways “V”, partially forked or un-forked.o Dorsal: the fin or fins along the top mid-line of the body.o Pectoral: the paired fins nearest the head, corresponding to front legs or arms.o Pelvic: the paired fins nearest the tail, corresponding to hind legs. Scales: overlapping outgrowths of the skin.How to measure the “broad” (top tobottom arrow) part of the fish ascompared to the length of the fish (left toright -------------------Laboratory ----------------Procedure/Observations:1. Watch this short video to learn how to use a dichotomous key: https://youtu.be/3x7tuIZd4Sw2. Closely examine fish 2 on the New York State Fish sheet.3. Refer to the Dichotomous Key on the next page. Note that each numbered item on the key presents twopossibilities.4. Read statements 1a and 1b in the Dichotomous Key. One of these statements describes a characteristic offish 2, while the other does not.5. Since fish 2 has no scales (or at least none that we can see), we choose 1b which now refers us to number12.6. Read the 12a and 12b descriptors. This fish is not elongated or snakelike. Go to number 13.7. Read the descriptors for 13a and 13b. The fish we are classifying has barbels growing from its lips and thetop of its head. Go to number 14 of the key.8. 14b describes a fish having a caudal fin that is rounded with a blunt head. We see that this is the Bullheadcatfish. Go to the page with the New York State Fish Identification table. Under the column “Identified as”write “Bullhead catfish.” In the column labeled “Identification pathway” write “1b, 12b, 13a, 14b”9. Identify the remaining fish using the dichotomous key. Terms on the dichotomous key that are in bold aredefined above. Note: identification is challenging! Do your best!

New York State Fish Identification TableFishIdentified asIdentification pathway123456789101112131415161718Analysis and Conclusion:1. What did you struggle with as you used the dichotomous key to identify the NYS fish?*Note — This lab is due at the end of the lab period or as directed by your instructor. Your instructor may modify the lab based on time.

New York State Fish continuedFish 11Fish 12Fish 13Fish 14Fish 15Fish 16Fish 17Fish 18You Have Completed the Dichotomous Key Lab!*Important — Save this lab for your records.Upload this lab report to your Google Classroom for lab credit 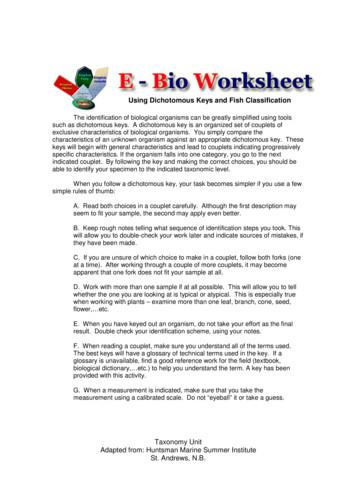 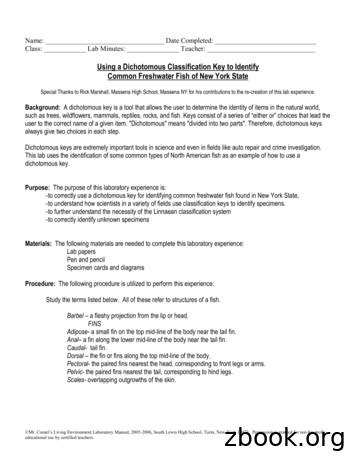 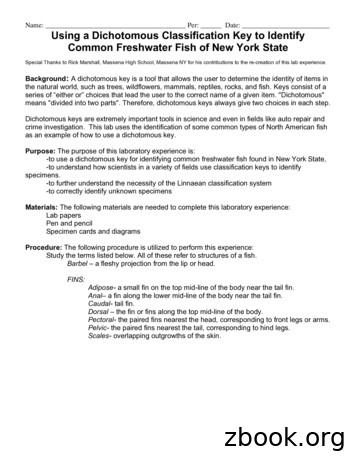 NY Fish Dichotomous Key - hamilton-local.k12.oh.us
Using a Dichotomous Classification Key to Identify Common Freshwater Fish of New York State Special Thanks to Rick Marshall, Massena High School, Massena NY for his contributions to the re-creation of this lab experience. Background: A dichotomous key is a tool that allows the user to determine the identity of items in
1m ago
0 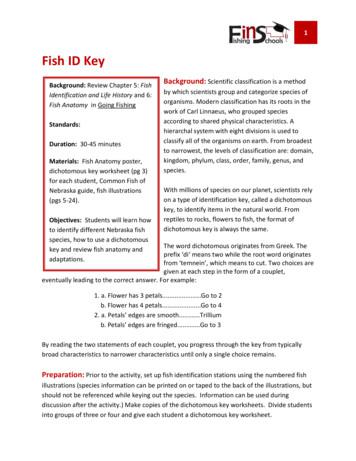 Fish ID Key - Nebraska Game and Parks Commission
on a type of identification key, called a dichotomous key, to identify items in the natural world. From reptiles to rocks, flowers to fish, the format of dichotomous key is always the same. The word dichotomous originates from Greek. The prefix Zdi means two while the root word originates from Ztemnein, which means to cut. Two choices are
1m ago
2 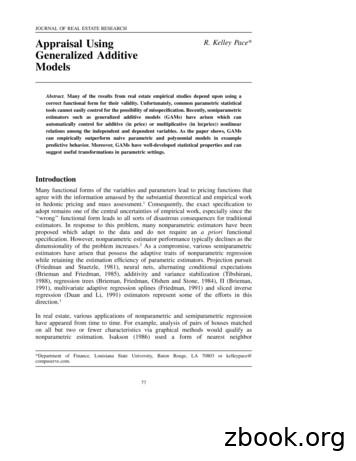 JOURNAL OF REAL ESTATE RESEARCH Appraisal Using R. Kelley .
predictive cross-validation trial of the various estimators and models. Models and Variables AREAID, an dichotomous variable, refers to one of twenty-four districts within Memphis. CARPORTS,GARAGE, CENAC, NONAC, FIRE, POOL, BRICK and ALUM (aluminum siding) are also dichotomous variables with one representing the presence of the characteristic.
1m ago
2 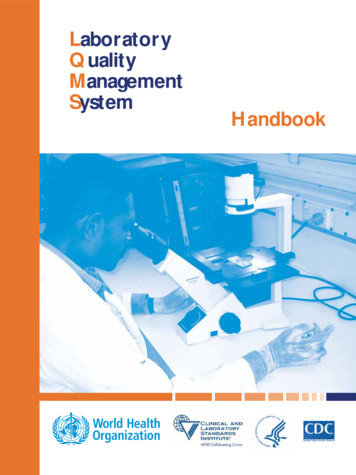 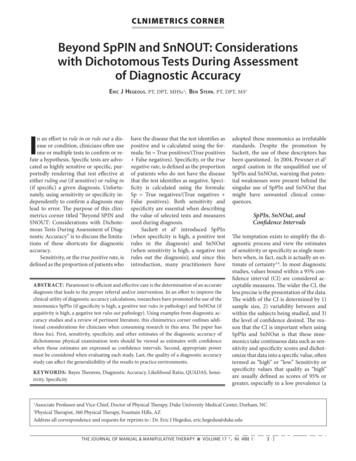 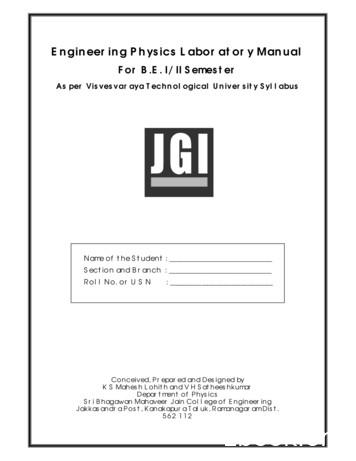 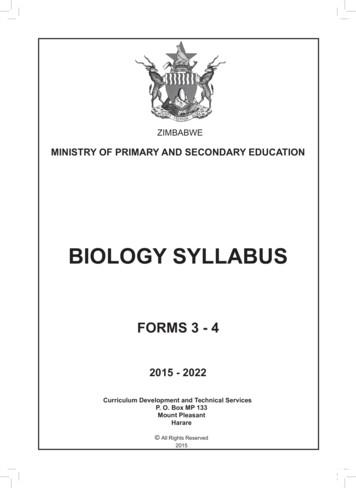 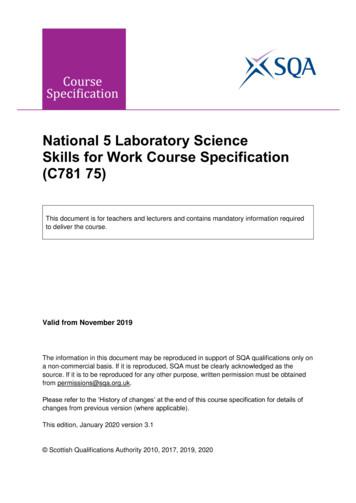 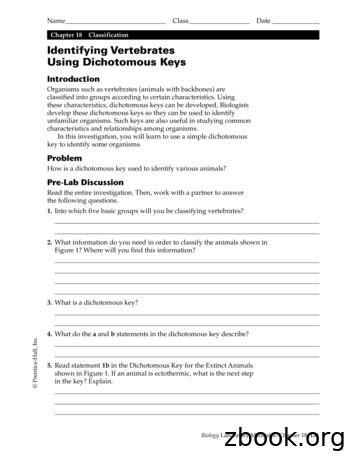 131 Laboratory Manual B/Chapter 18 Biology
The following key is based on information from Figure 1 and the Data Table. Examine how a key works by using it to identify each animal. Dichotomous Key for the Extinct Animals Shown in Figure 1 1 a Is endothermic Go to 2 b Is ectothermic Go to 6 2 a Has feathers Go to 3 b Has hair or fur Go to 4 3 a Has narrow, straight beak Passenger pigeon b ...
1m ago
1 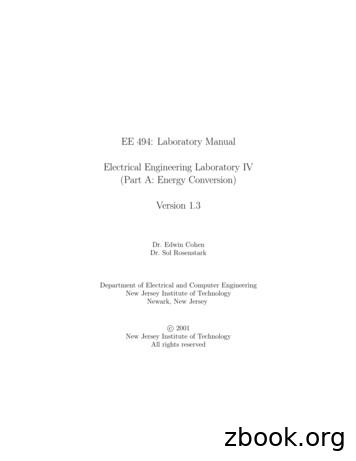 EE 494: Laboratory Manual Electrical Engineering .
2. An engineering college report provides practice in the art of technical writing. 3. The individual discussions and conclusions in a group laboratory report allow each student to develop a deeper understanding of the laboratory work, and to use creativity in improving or applying practical laboratory experiences. 4. The technical report is ...
28d ago
3
Popular Tags
Recent Views