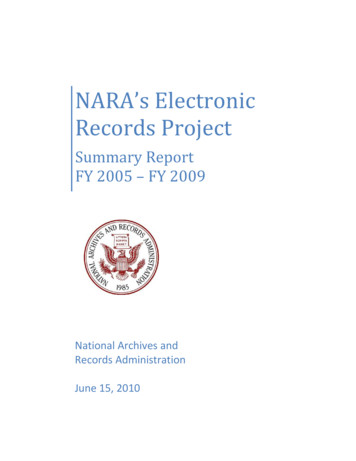 NARA’s Electronic Records ProjectSummary Report, FY 2005 – FY 2009EXECUTIVE SUMMARYIn December 2005, NARA issued Bulletin 2006-02, NARA Guidance for Implementing Section207(e) of the E-Government Act of 2002, requiring all Federal agencies to identify and scheduletheir electronic records and to transfer to NARA electronic records that are permanentlyvaluable. Bulletin 2006-02, along with subsequent related NARA bulletins and the EGovernment Act provisions, outlined the goals and responsibilities for NARA and Federalagencies under the Electronic Records Project. NARA reviewed its policies and procedures forworking with agencies to schedule and transfer electronic records, including raising the profile ofthis activity through specialized training and high-level advocacy with senior agency officialsbetween FY 2005 and FY 2009.NARA Bulletin 2006-02 formally established a Government-wide deadline of September 30,2009, for agencies to submit records schedules to NARA for all their existing electronic records.As part of the Electronic Records Project, NARA requested status reports from agencies andtracked progress towards meeting this goal. In particular, NARA advised agencies toconcentrate on scheduling electronic records supporting their core mission rather than recordsrelating to administrative or housekeeping functions that are typically covered under NARA’sGeneral Records Schedules.By the September 30, 2009, deadline, NARA had received electronic records scheduling reportsfrom 160 of 240 Federal agencies for a 67 percent response rate. Of the 240 agencies, 42 percentwere considered low risk, with records schedules submitted for 90 percent or more of theirexisting electronic records. Twenty-five percent of the agencies were categorized as moderate tohigh risk, having submitted records schedules to NARA for less than 90 percent of theirelectronic records. Between FY 2005 and FY 2009, NARA staff received and approved recordsschedules covering 2,404 series of electronic records.To improve the agency response rate and compliance percentage, NARA will continue toadvocate for the scheduling and transfer to NARA of electronic records. Going forward, NARAwill explore new strategies and partnerships to promote the goals of the Electronic RecordsProject. Though the September 30, 2009 deadline has passed, NARA views this project as anongoing activity and will continue to provide oversight, guidance, and training until all Federalagencies are compliant with the requirements in NARA Bulletins and the E-Government Act.INTRODUCTIONThe National Archives and Records Administration (NARA) oversees the records managementpractices of Federal agencies to ensure that they manage all their records, including electronicrecords, in accordance with statutory and regulatory recordkeeping requirements. For manyyears NARA has actively worked to meet the challenges of electronic recordkeeping and the everincreasing use of technology in the Government. Among these challenges are the rapidlyexpanding volume of electronic records created and stored in agencies, rapid technologicalJune 15, 2010Final3

NARA’s Electronic Records ProjectSummary Report, FY 2005 – FY 2009obsolescence of hardware and software, the significant challenges of long-term access andarchival preservation of permanent electronic records, highly decentralized recordkeepingpractices, and the challenges of maintaining and preserving the trustworthiness and authenticityof electronic records for as long as they are needed.To address these and other records management challenges, in July 2003, NARA released itsStrategic Directions for Federal Records Management report that initiated the re-design ofFederal records management. 1 The report, which laid the foundation for NARA’s RecordsManagement Initiatives (RMI), proposed several strategies and a wide variety of tactics to makerecords easier to schedule and the implementation of records schedules more effective forFederal agencies. These new tactics, such as flexible scheduling, media neutral scheduling, andpre-accessioning of permanent electronic records, among others, significantly improve agencycapabilities to identify, schedule, and transfer their records to NARA.Congress, in recognizing the growing use of electronic information systems and use of theInternet by Federal agencies and the public to do business, passed the E-Government Act of 2002(44 U.S.C. § 3501 note) to improve the methods by which Government information, includinginformation on the Internet, is organized, preserved, and made accessible to the public. Section207(e) of the Act specifically directs the Archivist of the United States to issue policies:4(A) requiring the adoption by agencies of policies and procedures to ensure that chapters 21,25, 27, 29, and 31 of title 44, United States Code, are applied effectively and comprehensively toGovernment information on the Internet and to other electronic records; and(B) imposing timetables for the implementation of the policies, procedures, andtechnologies by agencies.With the passage of the E-Government Act of 2002 (E-Gov Act, or the Act), and the overallgrowth of electronic information in the Federal Government, NARA reviewed its policies andprocedures for working with Federal agencies to appraise and approve agency records schedules.In addition to evaluating its own internal processes, NARA engaged with agencies to developnew ways to promote electronic records scheduling and to encourage agencies to schedule all oftheir electronic records and electronic systems. In addition to efforts in identifying andscheduling these records, NARA also worked with agencies to monitor the transfer ofpermanently valuable electronic records to the National Archives.Agencies received formal guidance on implementing the provisions of the E-Gov Act whenNARA issued Bulletin 2006-02, NARA Guidance for Implementing Section 207(e) of the EGovernment Act of 2002, on December 15, 2005. The Bulletin reminded agencies that theymust continue to manage their records, including electronic records, in accordance with 44U.S.C. chapters 31 and 35, NARA regulations in 36 CFR Chapter XII, Subchapter B, and Officeof Management and Budget (OMB) Circular A-130. The Bulletin specifically highlightedFederal agency responsibilities under these requirements to identify and schedule their electronic1NARA’s Strategic Directions for Federal Records Management report and related documents areavailable at m-redesign-project.html.June 15, 2010Final

NARA’s Electronic Records ProjectSummary Report, FY 2005 – FY 2009records and electronic systems (hereafter “e-records”), and to transfer to NARA electronicrecords that are determined to be permanently valuable (i.e., have NARA-approved permanentdispositions).NARA also formally established a Government-wide deadline of September 30, 2009, foragencies to submit records schedules covering all their existing e-records if they were not alreadycompliant with the provisions of the Bulletin. As defined in the Bulletin, "existing electronicinformation systems" were those systems that were in steady-state operation or a mixed lifecycle stage as of December 17, 2005, and electronic records in legacy systems that were notscheduled before decommissioning of the system. To track agency progress in meeting thesegoals, and to provide assistance to agencies in this high-priority project, NARA established anationwide Electronic Records Project (E-Records Project) in early FY 2006.STRATEGIESFor the E-Records Project, NARA developed a variety of strategies and tactics to assist agenciesin scheduling their unscheduled electronic records and electronic information systems. Thesestrategies included developing new training classes and workshops tailored to helping agenciesschedule all of their e-records; high-level advocacy, publicity, and briefings to senior executives,agency staff, and targeted groups or stakeholders; and issuing policies and guidance to agenciesto focus their efforts and to help report on government-wide compliance. Each of thesestrategies will be discussed in more detail.NARA’s National Records Management Program (NRMP) staff worked aggressively withagencies to identify electronic records and systems that must be scheduled so agencies couldcomply with the September 30, 2009, deadline. NRMP staff focused on identifying, describing,and appraising e-recordssupporting the “core mission” ofNARA actively engaged with agencies to advocate for theFederal agencies, as opposed toscheduling and transfer to NARA of e-records. Between FYadministrative or other2005 and FY 2009, NARA conducted:housekeeping records coveredunder NARA’s General Record 38 senior-level Headquarters briefingsSchedules (GRS). Core mission 11 senior-level Field briefingsrecords are defined as recordsthat are directly related to an 7 Federal Executive Board (FEB) briefingsagency’s primary mission in the 5 free e-records scheduling workshopsFederal Government, as definedby the agency in websites,publications, strategic planning materials, Federal Enterprise Architecture reports, previouslyapproved records schedules, and similar materials. By focusing on core mission records, NRMPstaff focused their agency assistance on high-value mission and program areas, which often havea high degree of permanent (or potentially permanent) records, and where records may be at riskbecause they are not scheduled or managed appropriately.June 15, 2010Final5

NARA’s Electronic Records ProjectSummary Report, FY 2005 – FY 2009NARA designated as its highest priority the departments and agencies listed in the ChiefFinancial Officers (CFO) Act of 1990, and other agencies not mentioned in the CFO Act, such asthe Central Intelligence Agency (CIA) and the Department of Homeland Security (DHS).NARA targeted these agencies because they are known to have a high volume of permanentelectronic records, or because NARA was aware of risks to records based on reports ofunauthorized destructions of records, high volumes of unscheduled records, or other recordsmanagement concerns. NRMP staff then worked directly with agencies to ensure that electronicrecords in the core mission areas were properly identified and adequately maintained to meetagency business needs, protect the legal and financial rights of the Government and its citizens,to schedule them for disposition, and to assure that electronic records with permanent value arepreserved and transferred to NARA.To track government-wide progress in the scheduling and transfer of e-records, NARA formallyrequested as part of the E-Records Project that agencies report to NARA on their progress, andidentify all scheduled and unscheduled e-records in their agency. From these data and theapproved records schedules, NARA staff determined which permanent e-records were eligiblefor transfer to the National Archives.6To assist agencies in meetingtheir e-records goals, NARANARA targeted e-records supporting agency core missiondeveloped specialized e-recordsareas to improve the Government’s ability to:scheduling training classes, meet agency business needsprovided free of charge, toshare practical tools and tips to protect rights and assure accountabilityhelp agencies comply with the preserve and make available permanently valuable eE-Gov Act. A total of fiveclasses in the Washington, DCrecords for future generationsarea were developed, and over250 records managers and stafffrom many agencies attended. Classes were offered on Inventorying Electronic Records,Scheduling Electronic Records, Scheduling Tips and Shortcuts for Electronic Records, andImplementing Electronic Records Schedules. For each class, following the general session, anindividualized consultation was offered to each agency present to review draft schedules, discusstheir e-records plans in more depth, or to identify concerns and issues that needed to beaddressed with their NARA appraisal archivist. Similar workshops were offered in NARAregions across the country to provide nationwide e-records training opportunities.NARA also updated its formal training curriculum for two of its Knowledge Area (KA) trainingcourses - KA 3, Scheduling Records, and KA 4, Implementation of Schedules - to include focusede-records training and guidance for agencies attending these regularly scheduled courses.Additionally, NARA developed a special section on scheduling e-records for its legal workshoptitled The Case for Records Management: Issues for Federal Agency Counsel, which focused onthe role of the General Counsel in working with records officers and program managers to ensuree-records were scheduled by the deadline. Nationwide, many NRMP staff provided shorterbriefings on the E-Records Project to agency records officers and other agency staff on an ad hocbasis. NARA also provided e-records workshops and tailored training to specific agencies thatJune 15, 2010Final

NARA’s Electronic Records ProjectSummary Report, FY 2005 – FY 2009organized large agency-wide projects to help them schedule e-records, such as the FederalBureau of Investigation (FBI) and the Federal Aviation Administration (FAA).Advocacy was, and continues to be, a significant part of NARA’s E-Records Project. To reachsenior managers and develop

their electronic records and to transfer to NARA electronic records that are permanently valuable. Bulletin 2006-02, along with subsequent related NARA bulletins and the E-Government Act provisions, outlined the goals and responsibilities for NARA and Federal agencies under the Electronic Records Project. 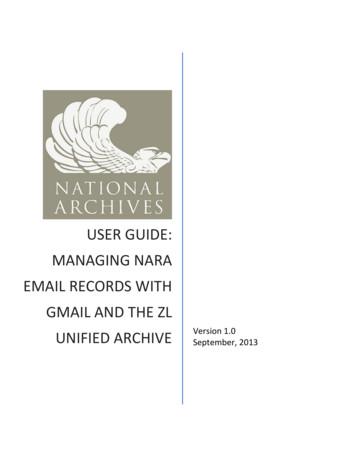 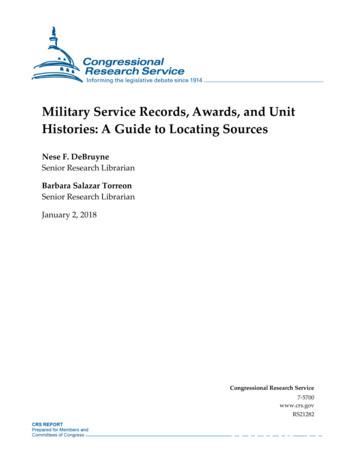 Military Service Records, Awards, and Unit Histories: A .
civilian personnel who served the United States during the Cold War era from September 2, 1945, to December 26, 1991. Finding Unit Histories The Modern Military Records office of the National Archives and Records Administration (NARA) has custody of records relating to World War I, World War II, Korea, and Vietnam. The
1m ago
3 Views 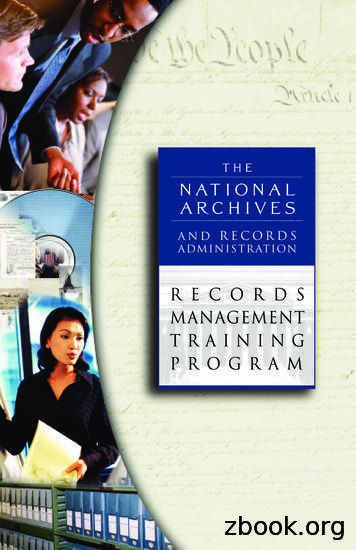 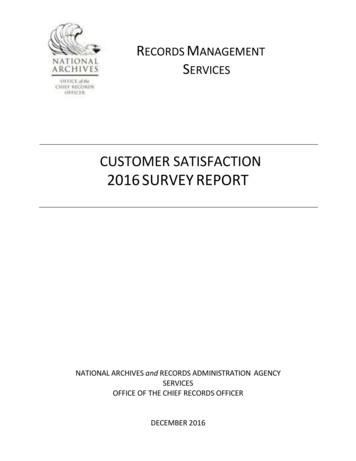 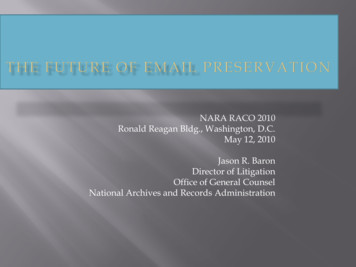 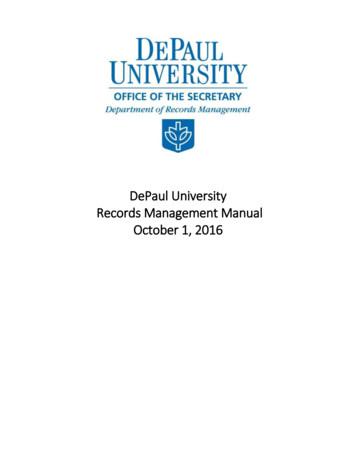 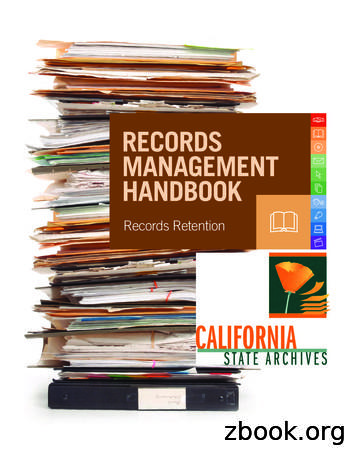 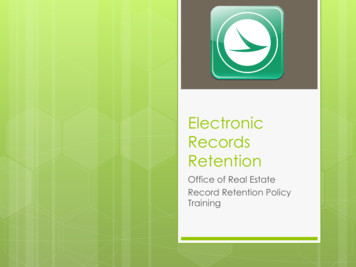 Electronic Records Retention
Consultants on a project. Electronic Records Training . General Folder ... The following project is closed and has been moved from the active folder to the closed folder. Also included is a CD with the project information. This CD will be stored in Real Estate Records.
2m ago
10 Views 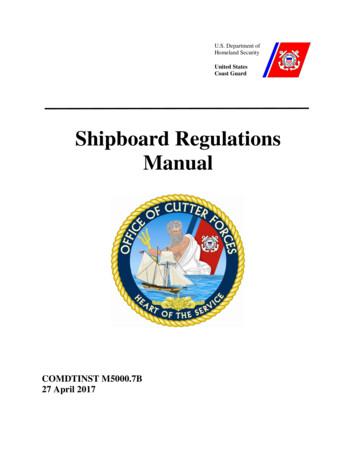 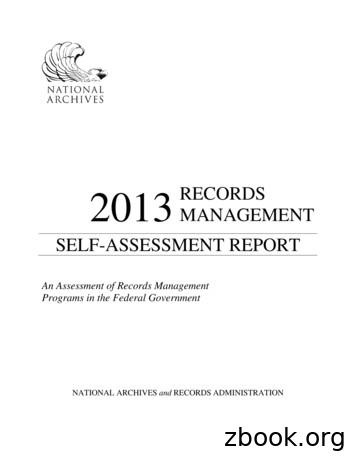 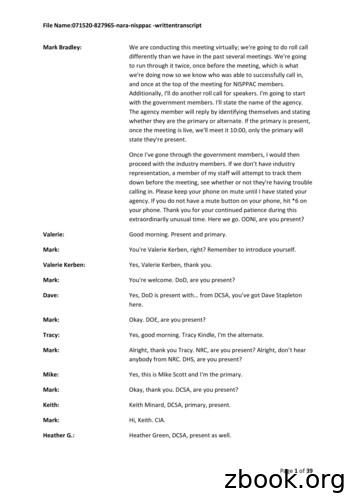 File Name: ppac-writtentranscript .
File Name: ttentranscript Mark Bradley: We are conducting this meeting virtually; we're going to do roll call differently than we have in the past several meetings. We're going to run through it twice, once before the meeting, which is what
1m ago
0 Views 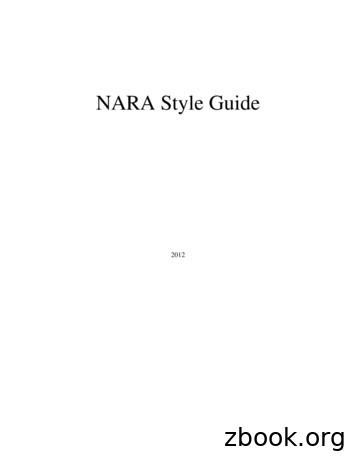 NARA Style Guide - Archives
The NARA Style Guide fills two needs. First, the section ―Writing for Plain Language‖ will help us comply with the Plain Writing Act of 2010. Second, it addresses many of the questions and issues unanswered by the Government Printing Office Style Manual (GPO manual). This guide is based
1m ago
4 Views
Popular Tags
Recent Views