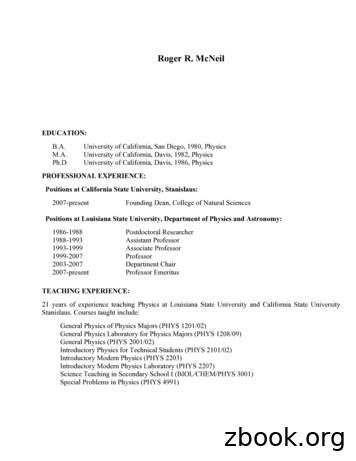 Summary of Administrative ExperienceTwo years as Founding Dean of the College of Natural Sciences,California State University Stanislaus First permanent Dean to a new College formed of 5 departments, 12 degree programs, andnearly 900 undergraduate and graduate majors.Oversaw the move of three of the departments and College office into a new 110,000sqftscience building.Member of Dean’s Council, Academic Affairs Council, President’s Executive Cabinet, and theUniversity’s Assessment Leadership Team.Personnel and Budgetary Management Overall supervision of 55 full-time instructional faculty, 10 FTEF of part-time instructionalfaculty, and 14 technical and administrative support staff. I am also administrative head ofapproximately 15 research staff in our Endangered Species Recovery Program. Overall responsibility for State funded budget of 5.3M of the College as well as responsibilityfor externally funded budgets exceeding 10M. Two years of fiscal year budgets that ended inbalance or with a surplus. Responsibility for negotiating new faculty and staff hires for the College as well as for theDean’s level review of faculty promotions and tenure. Developed in consultation with department chairs, faculty and staff a plan for reducing thebudget of the college by 10% in 2008/9 while maintaining student credit hours and the qualityof major programs.Program Development and Excellence Provided vision and leadership to grow all of the college’s academic programs despitebudgetary reductions. Over the last two years student credit hours have increased by 6% andnumber of majors has increased by 12%. Launched a new Professional Science Master’s program in Genetic Counseling as a selfsupport program. This program is one of only three such programs in the State of Californiaand involves a partnership of three Universities and Kaiser Permanente, with CSU Stanislausas the lead institution. First cohort of students began fall 2008 and second cohort to begin thisfall. Coordinated development of an interdisciplinary Master’s program in Green Technologies withparticipation of three colleges. Program still under development to launch as early as fall 2010. Supported the development of assessment programs for each of the academic programs. Supported the expansion of our single subject preparation program for Math and ScienceTeachers. This included helping to organize a first Dinner with a Math and Science TeacherEvent. College faculty were awarded a NSF Robert Noyce Scholarship grant for nearly 900Kin 2009 to fund scholarships for math and science teacher candidates. Organized and established the college’s first faculty retreat to commence the strategic planningprocess. In collaboration with college faculty, developed a revised college mission thatemphasizes quality instruction, research opportunities and community engagement.

Faculty Research, Scholarship and Grant Funding Development Provided vision and leadership to expand the research and scholarship activities of thecollege’s faculty and students. Under my leadership, the college’s grant proposal submissions have increased by 20% and thesuccess rate has increased. Over the year, the total dollar amount of new external fundingawards for the College has more than doubled to nearly 2.7M Developed a Faculty Research Enhancement program to support faculty research, facultytravel, and the preparation of proposal for external grant funding. The program was fundedfrom a private gift to name the new Science Building and form an endowment to supportfaculty research. College Faculty have increase the rate of submission of journal articles to peer reviewedjournals. Since 2007, 3 articles co-authored by science faculty have appeared in the JournalScience.Four years as Chair of the DepartmentLouisiana State University – Baton RougeofPhysicsandAstronomy,Academic Program Planning and Policy Development Developed, with the faculty, a strategic plan for the department consistent with the university’sFlagship Agenda. One of the key objectives was to increase the number and quality of ourgraduate students. Through enhanced stipends and aggressive recruiting, we have increased thenumber of graduate students from 56 to 83, while improving both the undergraduate GPA andGRE test scores of our entering class. Provided vision and leadership to move our professional medical physics program forward byrecruiting a national leader to direct the program and partner with a local cancer therapy centerand achieve National Accreditation of the program in LSU program in radiation therapy.Curriculum and Programmatic Excellence Under my leadership the department successfully underwent a full external program review in2004. Served as Chair of the University’s General Education Committee, and have served on theUniversity Courses and Curriculum Committee. I am well acquainted with the university’sacademic standards and general education requirements and policies. Served on the University’s Teacher Education Council and the Secondary Education RedesignCommittee. Developed two concentrations for our undergraduate physics degree program: theConcentration in Medical Physics and the Concentration in Secondary Education.Students Served for 6 years as undergraduate physics majors advisor Involved undergraduates in student research projects. Improved space and support the Physics and Astronomy Tutoring Center.

Enrollment Management Expanded recruiting activities of the department for both graduate and undergraduate students.Funded department open houses for graduate and undergraduate recruiting. Expanded, improved and supported for the Physics and Astronomy Tutoring Center. Encouraged and financially supported our Society of Physics Students. Set enrollment caps in courses and managed teaching assignments to meet demand for courses.In my second year as department chair, I created an Associate Department Chair position tobetter manage the academic programs of the department. Under my leadership we have increased the number and quality of both undergraduate physicsmajors and graduate students.Budget Overall responsibility for internally and externally-funded budgets for the department. We have 3 years of balanced budgets for the department. Overseen the growth of a discretionary fund based on return of indirect costs from grants. Managed a 900,000 state fund for the furnishings associated with the construction andrenovation of Nicholson Hall which houses the Department of Physics and Astronomy.Advancement and Fundraising Increased fundraising activities for the department. I have worked to produce a departmentnewsletter that has brought in checks from department alumni. Participated in finding a donor for a 1M endowed chair in Medical Physics. Prepared a Case Statement for the Department.Personnel Made recommendations to the Dean regarding appointments, promotions, tenure, andcompensation issues for faculty and staff of our department. Negotiated with new faculty and staff hires for the department. Negotiated with 13 candidatesresulting in 9 faculty hires. Two faculty hires went to highly qualified women and went tohighly quality minority candidates. We hired 2 tenured senior faculty, 4 untenured assistantprofessors, and 3 full-time instructors in the last three years. Initiated a new policy for the mentoring of junior faculty members in the department.Established mentoring committees for all untenured professors. Performed evaluations of department faculty and staff according to university and collegepolicies Made committee assignments and academic advising functions for department faculty. Supported faculty development activities

RESEARCH EXPERIENCE:25 years of research experience in Experimental High Energy Particle Physics at acceleratorcenters around the world. I have over 260 publications in refereed journals and 22 invited talksgiven at international conferences. My research program has been funded by Department ofEnergy grants since 1989. I have been major advisor for Ph.D. Students: J.N. Lim (1990), A.Stone Jr. (1999), S. Saremi (2001)My current projects include: The L3 Experiment at the LEP collider, the European Center for Nuclear and Particle Physics(CERN) in Geneva, Switzerland. I led the LSU group on L3 which consisted of one facultymember, one post-doctoral researcher, two graduate students and one undergraduate student.The entire L3 collaboration consists of 400 scientists from 50 institutions from 10 countrieson 4 continents. Our group focused its research efforts in: γγ interactions at very high energyincluding the production of heavy flavors; and the search for heavy stable charged pairproduction in e e- interactions. We have increased the world’s supply of charm eventsproduced in γγ interactions by an order of magnitude. We have demonstrated the need for thegluon content of the photon. We have made the first ever measurement of the production ofbeauty quarks in γγ collisions. We have made a search for heavy stable leptons with theresulting limit listed in the current Particle Data Group (PDG) values. The experimentcompleted data taking in 2000, but the collaboration is still analyzing data and writing morepapers.The Auger Observatory. The Auger project seeks to make a measurement of the highestenergy cosmic ray particles by recording the particles from the extensive air showers. Twodetector arrays will be constructed, one in Argentina and one in the US (Colorado). TheArgentina array of detectors is built. The size of the detector is comparable to the size of theState of Delaware. Data has been recorded since 2002 with first results appearing in the 2005summer conferences. I am part of the LSU group on AUGER which consists of two facultymembers, two post-doctoral researchers, one graduate student, and one undergraduatestudent. The entire Auger collaboration consists of over 300 scientists from 17 countries.Plans are made for a Northern Auger Observatory to be located in Southeastern Colorado.Previous projects include: The TPC/Two-Gamma Experiment at the PEP e e- collider at theStanford Linear Accelerator Center (SLAC); The AMY Experiment at TRISTAN e e- colliderlocated in Japan; The ZEUS experiment at HERA ep collider at the German National Laboratory(DESY) in Hamburg, Germany; The GEM experiment at the SSC (Texas); the development ofsimulation codes used to evaluate the design and performance of particle detectors; The RD5Experiment at the European Center for Nuclear and Particle Physics (CERN) in GenevaSwitzerland, to study muon backgrounds to particle experiments; The AMS experiment to searchfor anti-matter in space on the Shuttle and the International Space Station. 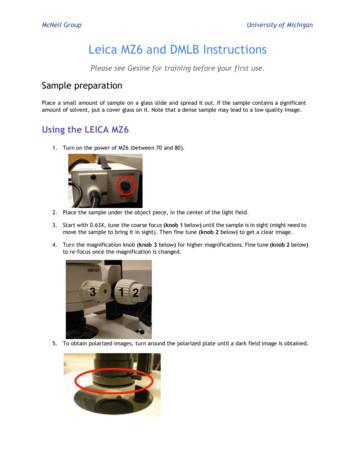 Leica MZ6 and DMLB Instructions - McNeil Group
Image capture via LEICA DMLB 1. Once the sample is in-focus under DMLB, turn on the microscope camera. McNeil Group University of Michigan 2. Double click the Q-Capture Pro icon . 3. Click the digital camera icon, a dialogue box as below should show up. 4. Pull the side pore all the way out.
1m ago
2 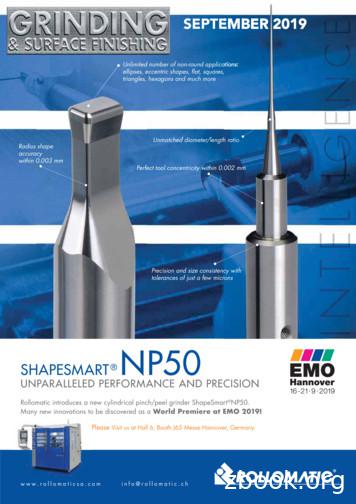 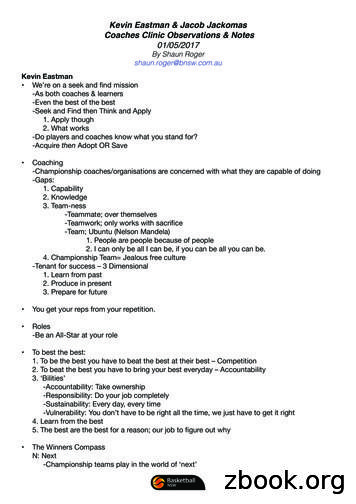 Kevin Eastman & Jacob Jackomas Coaches Clinic Observations .
Coaches Clinic Observations & Notes 01/05/2017 By Shaun Roger [email protected] Kevin Eastman • We’re on a seek and find mission -As both coaches & learners -Even the best of the best -Seek and Find then Think and Apply 1. Apply though 2. What works -Do players and coaches know what you stand for? -Acquire then Adopt OR Save • Coaching
1m ago
2 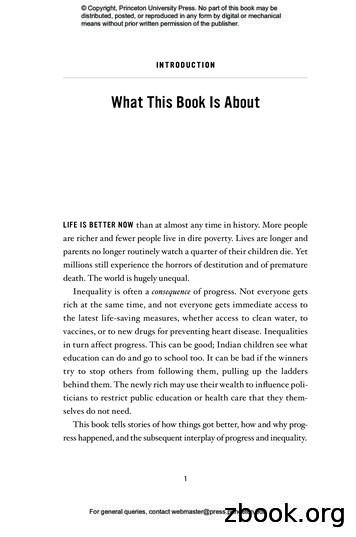 What This Book Is About - Princeton University
The Great Escape: The Movie The Great Escape, a famous movie about prisoners of war in World War II, is based on the exploits of Roger Bushell (in the ﬁ lm, Roger ... The Industrial Revolution and the Great Divergence are among the more benign escapes in history. There are many occasions when
1m ago
2 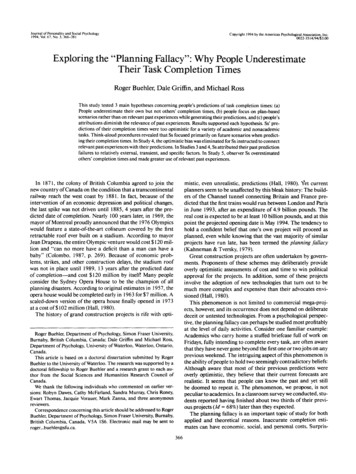 Exploring the Planning Fallacy: Why People Underestimate .
Department of Psychology, University of Waterloo, Waterloo, Ontario, Canada. This article is based on a doctoral dissertation submitted by Roger Buehler to the University of Waterloo. The research was supported by a doctoral fellowship to Roger Buehler and a research grant to each au-thor from the Social Sciences and Humanities Research Council of
1m ago
4 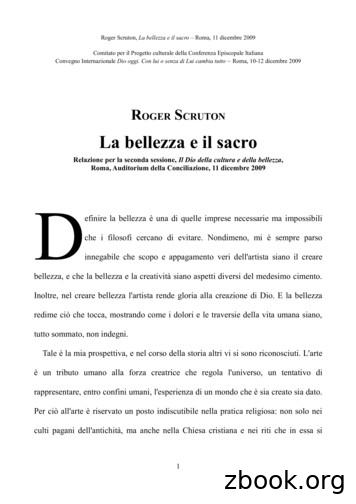 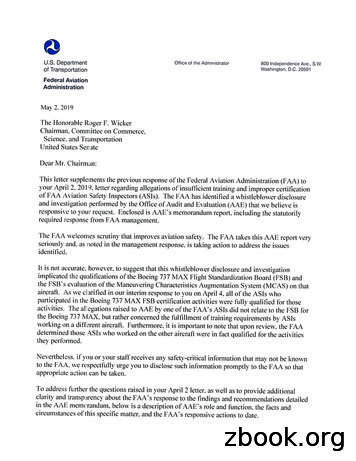 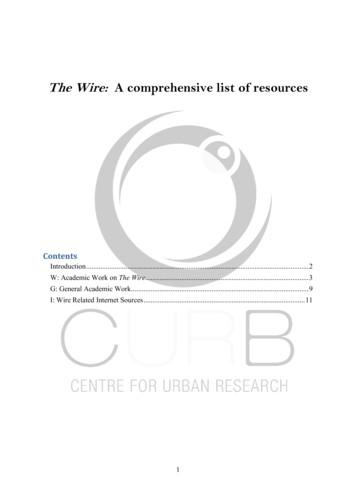 The Wire: A comprehensive list of resources
resource to interested scholars. We will update the list as and when we can but please do email us with details of any material that you come across that we have either missed or which is forthcoming. Professor Roger Burrows ([email protected])
1m ago
2 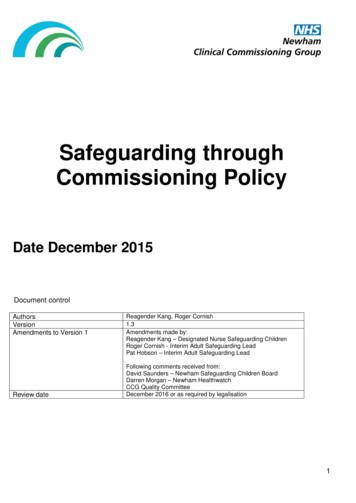 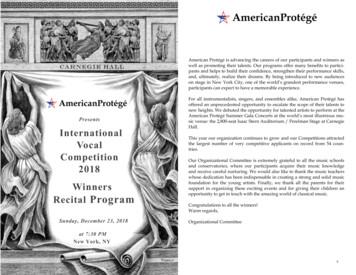 Presents International Vocal Competition 2018 Winners .
was one of the major singers who performed solos and led the chorus. He was invited to join Forsyth County School Honor Chorus in two straight years from 2017 to 2018. Roger also performed the leading role in The Little Mermaid and Lion King Jr. Meanwhile, Roger is the lead trumpet player in the School Band, and loves playing piano.
1m ago
0 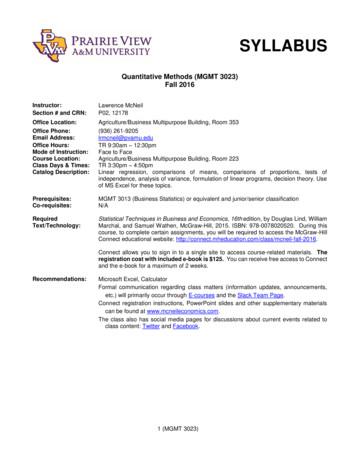 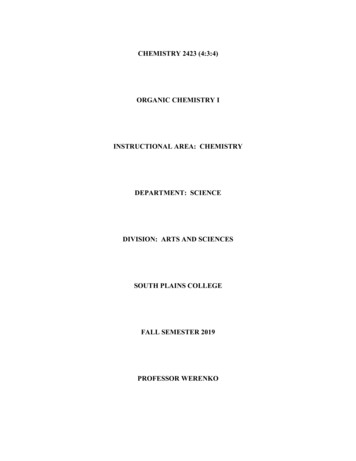