FORMULATION AND EVALUATION OF TERBINAFINE HYDROCHLORIDE . 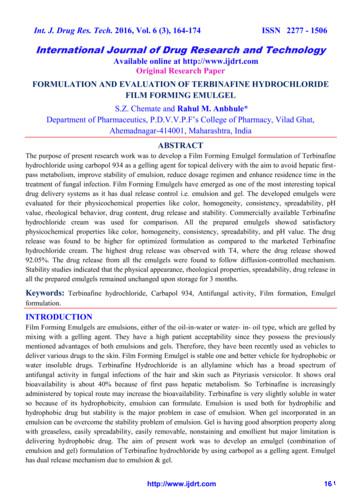 Int. J. Drug Res. Tech. 2016, Vol. 6 (3), 164-174ISSN 2277 - 1506International Journal of Drug Research and TechnologyAvailable online at http://www.ijdrt.comOriginal Research PaperFORMULATION AND EVALUATION OF TERBINAFINE HYDROCHLORIDEFILM FORMING EMULGELS.Z. Chemate and Rahul M. Anbhule*Department of Pharmaceutics, P.D.V.V.P.F’s College of Pharmacy, Vilad Ghat,Ahemadnagar-414001, Maharashtra, IndiaABSTRACTThe purpose of present research work was to develop a Film Forming Emulgel formulation of Terbinafinehydrochloride using carbopol 934 as a gelling agent for topical delivery with the aim to avoid hepatic firstpass metabolism, improve stability of emulsion, reduce dosage regimen and enhance residence time in thetreatment of fungal infection. Film Forming Emulgels have emerged as one of the most interesting topicaldrug delivery systems as it has dual release control i.e. emulsion and gel. The developed emulgels wereevaluated for their physicochemical properties like color, homogeneity, consistency, spreadability, pHvalue, rheological behavior, drug content, drug release and stability. Commercially available Terbinafinehydrochloride cream was used for comparison. All the prepared emulgels showed satisfactoryphysicochemical properties like color, homogeneity, consistency, spreadability, and pH value. The drugrelease was found to be higher for optimized formulation as compared to the marketed Terbinafinehydrochloride cream. The highest drug release was observed with T4, where the drug release showed92.05%. The drug release from all the emulgels were found to follow diffusion-controlled mechanism.Stability studies indicated that the physical appearance, rheological properties, spreadability, drug release inall the prepared emulgels remained unchanged upon storage for 3 months.Keywords: Terbinafine hydrochloride, Carbapol 934, Antifungal activity, Film formation, Emulgelformulation.INTRODUCTIONFilm Forming Emulgels are emulsions, either of the oil-in-water or water- in- oil type, which are gelled bymixing with a gelling agent. They have a high patient acceptability since they possess the previouslymentioned advantages of both emulsions and gels. Therefore, they have been recently used as vehicles todeliver various drugs to the skin. Film Forming Emulgel is stable one and better vehicle for hydrophobic orwater insoluble drugs. Terbinafine Hydrochloride is an allylamine which has a broad spectrum ofantifungal activity in fungal infections of the hair and skin such as Pityriasis versicolor. It shows oralbioavailability is about 40% because of first pass hepatic metabolism. So Terbinafine is increasinglyadministered by topical route may increase the bioavailability. Terbinafine is very slightly soluble in waterso because of its hydrophobicity, emulsion can formulate. Emulsion is used both for hydrophilic andhydrophobic drug but stability is the major problem in case of emulsion. When gel incorporated in anemulsion can be overcome the stability problem of emulsion. Gel is having good absorption property alongwith greaseless, easily spreadability, easily removable, nonstaining and emollient but major limitation isdelivering hydrophobic drug. The aim of present work was to develop an emulgel (combination ofemulsion and gel) formulation of Terbinafine hydrochloride by using carbopol as a gelling agent. Emulgelhas dual release mechanism due to emulsion & gel.http://www.ijdrt.com164

Rahul M. Anbhule et al. / International Journal of Drug Research and Technology 2016, Vol. 6 (3), 164-174About Fungal DiseasesSuperficial infections are confined to skin, hair, nails or mucous membranes. The most common fungal skininfections are the dermatophytoses, pityriasisversicolor, and candidiasis. Approximately 90% of fungal skininfections are caused by ‘dermatophytes’, which are parasitic fungi affecting the skin, hair, nails. One of the leading antifungal agents for topical treatment of fungal infections is terbinafineHydrochloride. It has been approved by the US Food and Drug Administration in cream, gel, solutionand spray dosage forms. Terbinafine Hydrochloride is an allylamine antifungal agent widely utilized in the treatment ofinfections caused by dermatophytes. It is also reported to have good activity in vitro againstCryptococcus, some species of Candida, Penicillium marneffei, Aspergillus, and other filamentousfungi. The mode of action for terbinafine Hydrochloride involves inhibition of enzyme squaleneepoxidase infungal ergosterol biosynthesis, which induces accumulation of intracellular squalene and cellsdeath.Topical therapy is an attractive choice for the treatment of the cutaneous infections due to itsadvantages such as targeting of drugs to the site of infection and reduction of the risk of systemic sideeffects. Systemic treatment is usually reserved for infections of the nails, extensive cutaneous infections orthose which have not responded to topical therapy. Conventional topical formulations are unable toretain the drug over the skin for a prolonged period and hence necessitate longer treatment duration orhave to be supplemented by oral therapy. For effective local delivery of an antifungal that is applied to the surface of the skin, the agent must bepartitioned firstly from the vehicle into the stratum corneum, and then partitioned to the local tissuesincluding the viable epidermis, dermis, subcutaneous tissue and appendages. The need for multiple applications a day is frequently associated with poor compliance of patients.Thus, prolonging the contact time of active substances to the skin and thereby reducing the applicationfrequency is subject of intensive research. Sustained release delivery systems with features of both semisolid formulations and patches may beemployed here. The concept of film forming formulations is very recent. Film forming formulationsmay be solutions, gels or emulsions. Film forming formulations are defined as non-solid dosage formsthat produce a substantial film in situ after application on the skin or any other body surface. Suchcompositions can either be liquids or semisolids with a film forming polymer as basic material for thematrix. The formed film is sufficiently substantial to provide a sustained drug release to the skin. Very few examples of film forming gel formulations have been reported in literature. BeeGentleTMand GELNIQUE are commercially available film forming gel formulations.MATERIAL AND METHODTerbinafine hydrochloride (Macleods Pharmaceuticals Pvt. Ltd, Baddi), Carbapol 934 (Rajesh ChemicalCo. Mumbai), Liq. Paraffin (M/S Yarrow Chem. Product Mumbai), Propylene Glycol (M/S EngineeringProject & Cables Pune), Ethanol (Rajesh Chemical co. Mumbai), Eudragit RSPO M/S (Balaji Drugs Surat),Hydroxy Propyl Cellulose (Macleods Pharmaceuticals, Baddi).Emulgel PreparationThe Gel in formulations were prepared by dispersing Carbopol 934 in purified Water with constant stirringat a moderate speed and Carbopol 940 in purified water with constant Stirring at a moderate speed then thepH are adjusted to 6 to 6.5 using Tri ethanol amine (TEA). The oil phase of the emulsion were prepared bydissolving Propylene Glycol in light liquid paraffin, while the aqueous phase was prepared by dissolvingDrug in ethanol.Method of Preparationhttp://www.ijdrt.com165 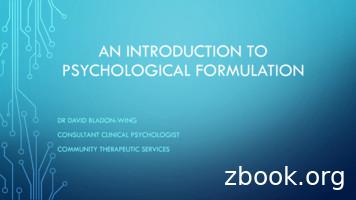 An introduction to psychological formulation
•Evaluation of Formulation. WHAT DO WE MEAN BY: ‘PSYCHOLOGICAL FORMULATION’? •Some definitions: •Formulation is a provisional explanation or hypothesis of how an individual comes to present with a certain disorder or circumstance at a particular-point in time. (Weerasekera, 1996) •A formulation is a tool used by clinicians to relate theory to practice…. It is the lynchpin that ...
2m ago
6 Views 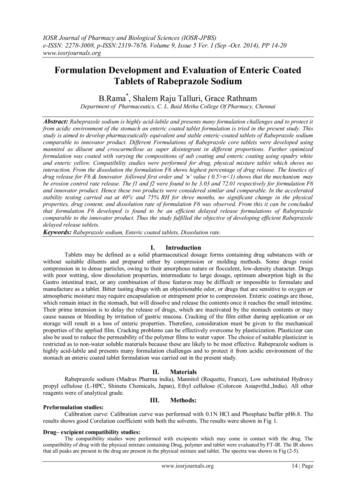 FORMULATION AND EVALUATION OF ENTERIC COATED TABLETS OF .
Formulation Development and Evaluation of Enteric Coated Tablets of Rabeprazole Sodium B.Rama*, Shalem Raju Talluri, Grace Rathnam Department of Pharmaceutics, C. L. Baid Metha College Of Pharmacy, Chennai Abstract: Rabeprazole sodium is highly acid-labile and presents many formulation challenges and to protect it from acidic environment of the stomach an enteric coated tablet formulation is ...
2m ago
2 Views 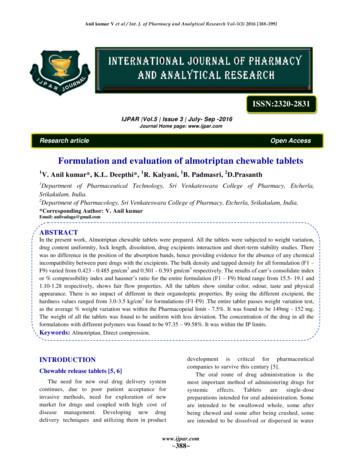 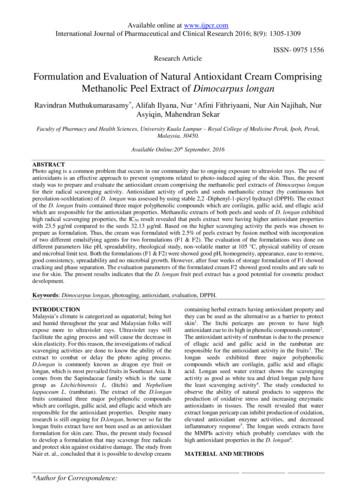 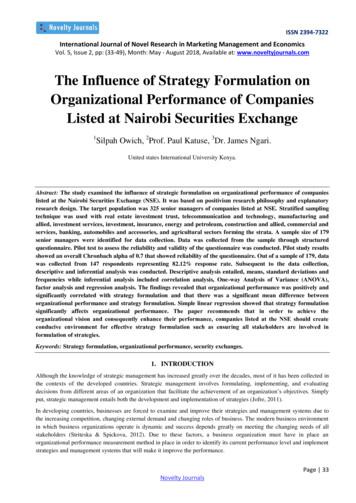 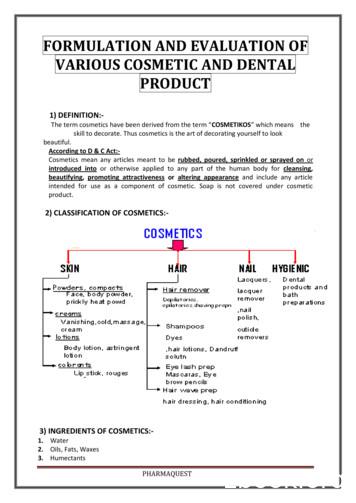 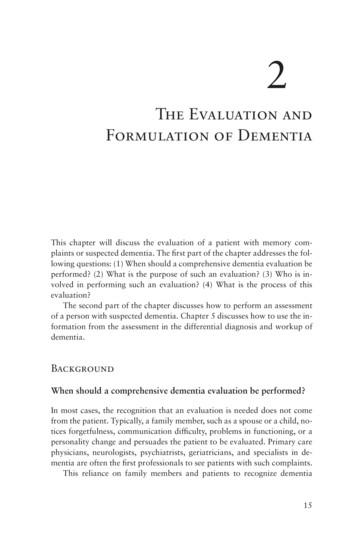 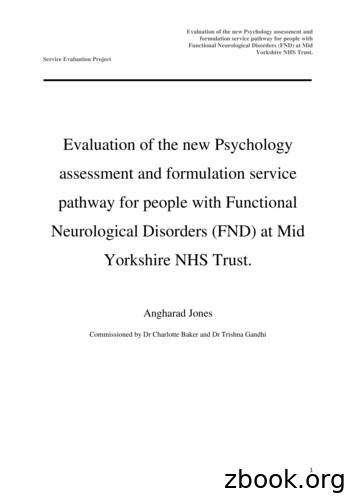 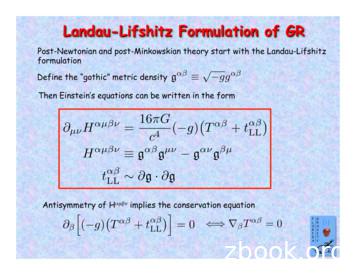 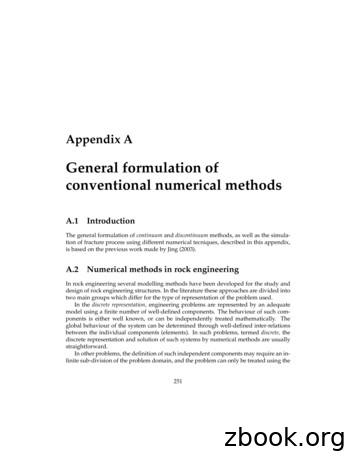 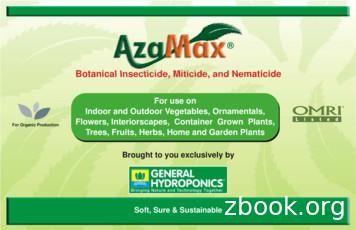 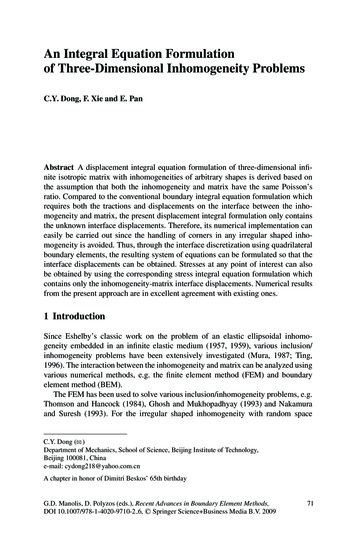