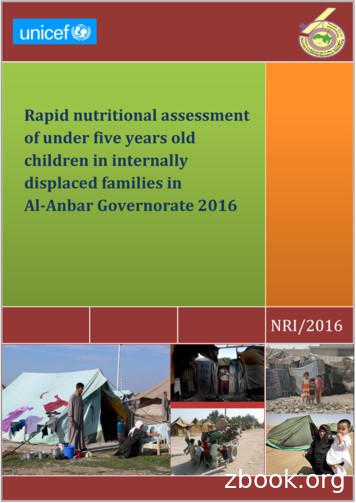 IntroductionInternal displacement monitoring center estimates that at least 3,276,000Iraqis were internally displaced as of 15 January 2015 and its figures werebased on estimates published by the United Nation agencies, including Officefor the Coordination of Humanitarian Affairs (OCHA), United Nations HighCommissioner for Refugees (UNHCR), the United Nation Assistance Missionfor Iraq (UNAMI), as well as data published by International Organization forMigration (IOM) and national and local authorities. In almost all emergencies,nutrition is in danger, as people flee their homes, crops are destroyed,communication and transport become difficult, and the social structure ofsociety is altered. To estimate the need for increased food supplied, thenutritional status of the affected population is important information, Hence, Aseries of rapid nutritional assessments planned and will be part of theinternally displaced people (IDPs) nutritional surveillance system in children6-59 months of age.Aims of the studyTo assess nutritional status of children under five years of age (6-59months) in internal displacement families in Al-Anbar governorate (Khalidiyahand Almadinah Alsiyahiya camps).1

Materials and methods:Sampling and Design and training activityThe study was conducted in Al-Anbar governorate for the period fromApril 2nd to 6th 2016 by health staffs (six teams, two surveyors per team andtwo local supervisors) from Al-Anbar health directorate/Nutrition section,with the support of Nutrition Research Institute (NRI) and United NationsChildren's Fund (UNICEF). The sample comprised of 2218 childrenselected inclusively in this cross-section study, one day training course wasconducted before starting the field work.Data CollectionThe study included collecting data related to demographic andanthropometric indicators through direct interview.Anthropometric measurementsBody physical measurements used for all participants (children aged 6-59months), weight was measured using a standard weighing scale (uniscale).Height was measured using a standard measurement board and in astandard position and length was taken for children less than 2 years old.Calculated Z-scores for height-for-age, weight-for-height, weight-for-age andBMI-for-age. A cut-off of less than minus two standard deviations (-2SD) wasused to define stunting (length/height-for-age Z-score), wasting (weight-forlength/height Z-score), and underweight (weight-for-age and BMI-for-age Zscores) and a cut-off of above 2 Z-score was used to define overweight(weight-for-length/height and BMI-for-age Z-scores). All children werechecked for the presence of bilateral leg edema.2

Data computerization and AnalysisData entry was done using MS Excel based program and analyzed withSPSS. The nutrition part was analyzed by WHO Anthro software based on2005 World Health Organization (WHO) standards.3

As shown in the figure below, children (6-11 months of age) had higherrates of underweight and wasting than others and those aged 24-35 monthshad higher stunting rates and no statistically significant difference in theprevalence of wasting and underweight among some age groups, althoughthe results showed roughly the same level for both )WastingunderweightDistribution of children by their nutritional status and age categories5

ConclusionsThe prevalence of malnutrition rates (underweight and wasting) of childrenincluded in the study were in the low category of severity.6

Recommendations1- Protection, promotion and support of breastfeeding and timely introduced,safe and appropriate complementary feeding as core interventions forprevention and management of severe malnutrition.2- Promotion of healthy diet which is an essential factor to maintain a healthybody weight.3- Conduct further nutritional assessment on regular basis in order to monitorthe nutritional status of under five years children.7

nutrition is in danger, as people flee their homes, crops are destroyed, communication and transport become difficult, and the social structure of society is altered. To estimate the need for increased food supplied, the nutritional status of the affected population is important information, Hence, A 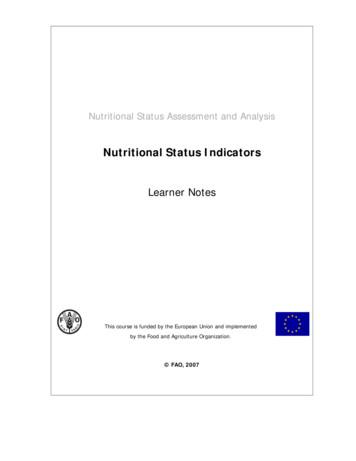 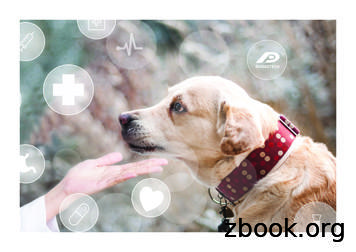 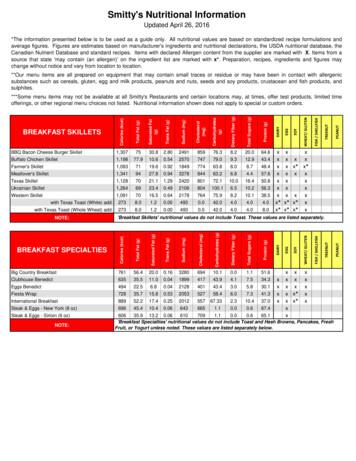 Smitty's Nutritional Information
*The information presented below is to be used as a guide only. All nutritional values are based on standardized recipe formulations and average figures. Figures are estimates based on manufacturer's ingredients and nutritional declarations, the USDA nutritional datab
9d ago
2 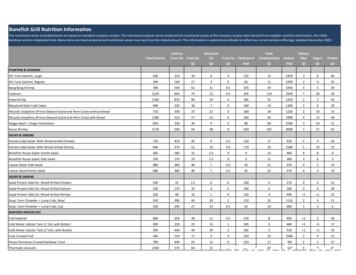 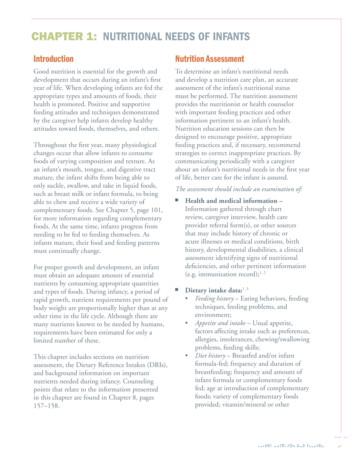 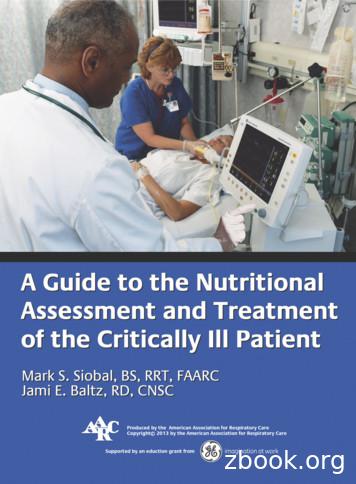 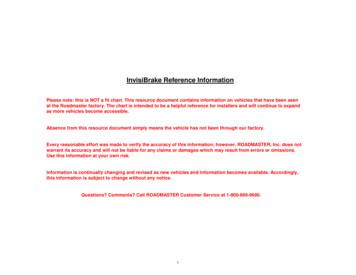 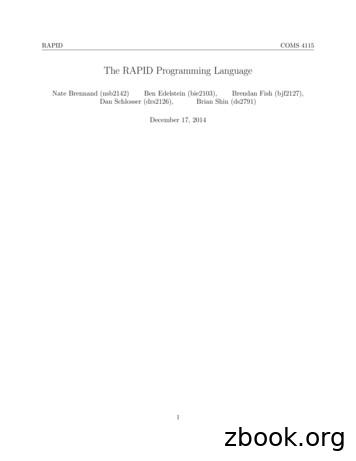 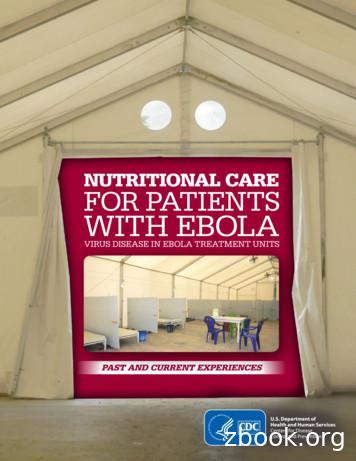 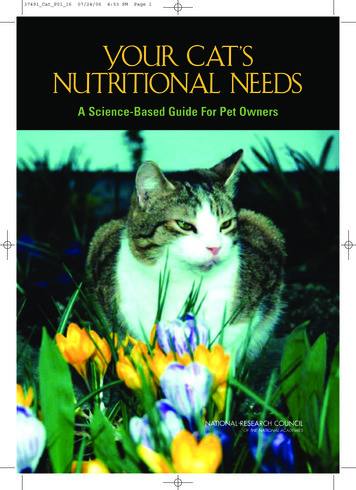 Your Cat's Nutritional Needs
of its Animal Nutrition Series. The Food and Drug Administration relies on information in the report to regulate and ensure the safety of pet foods. Other reports in the series address the nutritional needs of horses, dairy cattle, beef cattle, nonhuman primates, swine, poultry, fish, and small ruminants. Scientists who study the nutritional needs of animals use the Animal Nutrition Series to ...
1m ago
1 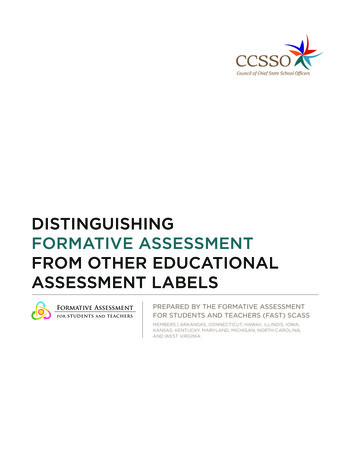 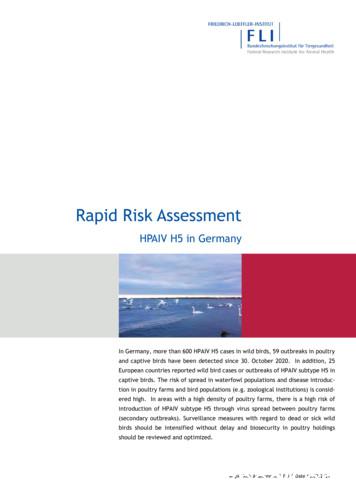