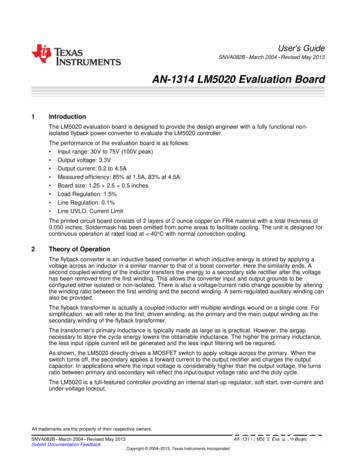 User's GuideSNVA082B – March 2004 – Revised May 2013AN-1314 LM5020 Evaluation Board1IntroductionThe LM5020 evaluation board is designed to provide the design engineer with a fully functional nonisolated flyback power converter to evaluate the LM5020 controller.The performance of the evaluation board is as follows: Input range: 30V to 75V (100V peak) Output voltage: 3.3V Output current: 0.2 to 4.5A Measured efficiency: 85% at 1.5A, 83% at 4.5A Board size: 1.25 2.5 0.5 inches Load Regulation: 1.5% Line Regulation: 0.1% Line UVLO, Current LimitThe printed circuit board consists of 2 layers of 2 ounce copper on FR4 material with a total thickness of0.050 inches. Soldermask has been omitted from some areas to facilitate cooling. The unit is designed forcontinuous operation at rated load at 40 C with normal convection cooling.2Theory of OperationThe flyback converter is an inductive based converter in which inductive energy is stored by applying avoltage across an inductor in a similar manner to that of a boost converter. Here the similarity ends. Asecond coupled winding of the inductor transfers the energy to a secondary side rectifier after the voltagehas been removed from the first winding. This allows the converter input and output grounds to beconfigured either isolated or non-isolated. There is also a voltage/current ratio change possible by alteringthe winding ratio between the first winding and the second winding. A semi-regulated auxiliary winding canalso be provided.The flyback transformer is actually a coupled inductor with multiple windings wound on a single core. Forsimplification, we will refer to the first, driven winding, as the primary and the main output winding as thesecondary winding of the flyback transformer.The transformer’s primary inductance is typically made as large as is practical. However, the airgapnecessary to store the cycle energy lowers the obtainable inductance. The higher the primary inductance,the less input ripple current will be generated and the less input filtering will be required.As shown, the LM5020 directly drives a MOSFET switch to apply voltage across the primary. When theswitch turns off, the secondary applies a forward current to the output rectifier and charges the outputcapacitor. In applications where the input voltage is considerably higher than the output voltage, the turnsratio between primary and secondary will reflect the input/output voltage ratio and the duty cycle.The LM5020 is a full-featured controller providing an internal start-up regulator, soft start, over-current andunder-voltage lockout.All trademarks are the property of their respective owners.SNVA082B – March 2004 – Revised May 2013Submit Documentation FeedbackAN-1314 LM5020 Evaluation BoardCopyright 2004–2013, Texas Instruments Incorporated1

Powering and Loading Considerationswww.ti.com30V - 75VV plified Flyback ConverterFigure 1. Simplified Flyback Converter3Powering and Loading ConsiderationsWhen applying power to the LM5020 evaluation board certain precautions should be followed. TheLM5020 evaluation board is quite forgiving of load and input power variations. The possibility of shippingdamage or infant failure is always a concern at first power-up.4Proper ConnectionsBe sure to choose the correct wire size when attaching the source supply and the load. Monitor thecurrent into and out of the UUT. Monitor the voltages in and out directly at the terminals of the UUT. Thevoltage drop across the connecting wires will yield inaccurate measurements. For accurate efficiencymeasurements, these precautions are especially important.5Source PowerAt low input line voltage (30V) the input current will be approximately 0.63A, while at high input linevoltage the input current will be approximately 0.23. Therefore to fully test the LM5020 evaluation board aDC power supply capable of at least 75V and 1A is required. The power supply must have adjustments forboth voltage and current. An accurate readout of output current is desirable since the current is not subjectto loss in the cables as voltage is.The power supply and cabling must present a low impedance to the UUT. Insufficient cabling or a highimpedance power supply will cause droop during power supply application with the UUT inrush current. Iflarge enough, this droop will cause a chattering condition upon power up. This chattering condition is aninteraction with the UUT undervoltage lockout, the cabling impedance and the inrush current.6LoadingAn appropriate electronic load specified for operation down to 2.0V is desirable. The maximum loadcurrent is specified as 4.5A. Minimum load is specified at 5% or 0.23A. The resistance of a maximum loadis 0.73Ω (including cables). The resistance of a minimum load is 14.4Ω.2AN-1314 LM5020 Evaluation BoardSNVA082B – March 2004 – Revised May 2013Submit Documentation FeedbackCopyright 2004–2013, Texas Instruments Incorporated

Powering Upwww.ti.com7Powering UpUsing the shutdown feature provided on the UUT will allow powering up the source supply initially with alow current level. It is suggested that the load be kept reasonably low during the first power up. Set thecurrent limit of the source supply to provide about 1½ times the wattage of the load. As you remove theconnection from the shutdown pin to ground, immediately check for 3.3 volts at the output. If more than acouple of seconds pass without seeing an output voltage, remove input power.A quick efficiency check is the best way to confirm that the UUT is operating properly. If something isamiss you can be reasonably sure that it will affect the efficiency adversely. Few parameters can beincorrect in a switching power supply without creating additional losses and potentially damaging heat. Anefficiency above 80% is expected.After the unit is verified operationally, it can be powered up without use of the shutdown pin.8Typical Evaluation SetupScopeVolt-meter 75 Volt, 1 AmpPower SupplyEvaluation Board INVolt-meterON/OFF(SHUTDOWN)Current-meter OUTElectronic Load-CurrentMeterJumper or single-pole switchFigure 2. Typical Evaluation Setup9Performance Characteristics9.1Turn-on WaveformsWhen applying power to the LM5020 evaluation board a certain sequence of events must occur. The softstart feature allows for a minimal output voltage for a short time until the feedback loop can stabilizewithout overshoot. Figure 3, Figure 4, and Figure 5 show typical turn-on waveforms at no load, 5% load,and at full load. Input voltage, output voltage and output current are shown.Figure 6 shows the initial ramp-up of the Vcc pin to 7.7 volts through the internal regulator. The auxiliarywinding starts to supply a higher voltage as the output voltage rises. The resulting second ramp is shownfollowing the soft-start delay. This sequence is nearly identical for all loads and input voltages.Trace 1: Input Voltage, at 30VDC. Volts/div 20.0V Trace 2:Output Voltage, no load. Volts/div 2.0V Trace 3: OutputCurrent, no load. Amps/div 100mA Horizontal Resolution 1.0ms/divFigure 3. Typical Turn-on Waveforms at No LoadTrace 1: Input Voltage, at 30VDC. Volts/div 20.0V Trace 2:Output Voltage, at 5% load. Volts/div 2.0V Trace 3: OutputCurrent, at 5% load. Amps/div 100mA HorizontalResolution 1.0ms/divFigure 4. Typical Turn-on Waveforms at 5% LoadSNVA082B – March 2004 – Revised May 2013Submit Documentation FeedbackAN-1314 LM5020 Evaluation BoardCopyright 2004–2013, Texas Instruments Incorporated3

PCB Layoutswww.ti.com11PCB LayoutsThe layers of the printed circuit board are shown in top down order. View is from the top down. Scale isapproximately X2.0. The printed circuit board consists of 2 layers of 2 ounce copper on FR4 material witha total thickness of 0.050 inches.SNVA082B – March 2004 – Revised May 2013Submit Documentation FeedbackAN-1314 LM5020 Evaluation BoardCopyright 2004–2013, Texas Instruments Incorporated7

IMPORTANT NOTICETexas Instruments Incorporated and its subsidiaries (TI) reserve the right to make corrections, enhancements, improvements and otherchanges to its semiconductor products and services per JESD46, latest issue, and to discontinue any product or service per JESD48, latestissue. Buyers should obtain the latest relevant information before placing orders and should verify that such information is current andcomplete. All semiconductor products (also referred to herein as “components”) are sold subject to TI’s terms and conditions of salesupplied at the time of order acknowledgment.TI warrants performance of its components to the specifications applicable at the time of sale, in accordance with the warranty in TI’s termsand conditions of sale of semiconductor products. Testing and other quality control techniques are used to the extent TI deems necessaryto support this warranty. Except where mandated by applicable law, testing of all parameters of each component is not necessarilyperformed.TI assumes no liability for applications assistance or the design of Buyers’ products. Buyers are responsible for their products andapplications using TI components. To minimize the risks associated with Buyers’ products and applications, Buyers should provideadequate design and operating safeguards.TI does not warrant or represent that any license, either express or implied, is granted under any patent right, copyright, mask work right, orother intellectual property right relating to any combination, machine, or process in which TI components or services are used. Informationpublished by TI regarding third-party products or services does not constitute a license to use such products or services or a warranty orendorsement thereof. Use of such information may require a license from a third party under the patents or other intellectual property of thethird party, or a license from TI under the patents or other intellectual property of TI.Reproduction of significant portions of TI information in TI data books or data sheets is permissible only if reproduction is without alterationand is accompanied by all associated warranties, conditions, limitations, and notices. TI is not responsible or liable for such altereddocumentation. Information of third parties may be subject to additional restrictions.Resale of TI components or services with statements different from or beyond the parameters stated by TI for that component or servicevoids all express and any implied warranties for the associated TI component or service and is an unfair and deceptive business practice.TI is not responsible or liable for any such statements.Buyer acknowledges and agrees that it is solely responsible for compliance with all legal, regulatory and safety-related requirementsconcerning its products, and any use of TI components in its applications, notwithstanding any applications-related information or supportthat may be provided by TI. Buyer represents and agrees that it has all the necessary expertise to create and implement safeguards whichanticipate dangerous consequences of failures, monitor failures and their consequences, lessen the likelihood of failures that might causeharm and take appropriate remedial actions. Buyer will fully indemnify TI and its representatives against any damages arising out of the useof any TI components in safety-critical applications.In some cases, TI components may be promoted specifically to facilitate safety-related applications. With such components, TI’s goal is tohelp enable customers to design and create their own end-product solutions that meet applicable functional safety standards andrequirements. Nonetheless, such components are subject to these terms.No TI components are authorized for use in FDA Class III (or similar life-critical medical equipment) unless authorized officers of the partieshave executed a special agreement specifically governing such use.Only those TI components which TI has specifically designated as military grade or “enhanced plastic” are designed and intended for use inmilitary/aerospace applications or environments. Buyer acknowledges and agrees that any military or aerospace use of TI componentswhich have not been so designated is solely at the Buyer's risk, and that Buyer is solely responsible for compliance with all legal andregulatory requirements in connection with such use.TI has specifically designated certain components as meeting ISO/TS16949 requirements, mainly for automotive use. In any case of use ofnon-designated products, TI will not be responsible for any failure to meet dioAutomotive and fier.ti.comCommunications and Telecomwww.ti.com/communicationsData Convertersdataconverter.ti.comComputers and Peripheralswww.ti.com/computersDLP Productswww.dlp.comConsumer ergy and Lightingwww.ti.com/energyClocks and wer Mgmtpower.ti.comSpace, Avionics and ollersmicrocontroller.ti.comVideo and Imagingwww.ti.com/videoRFIDwww.ti-rfid.comOMAP Applications Processorswww.ti.com/omapTI E2E Communitye2e.ti.comWireless Connectivitywww.ti.com/wirelessconnectivityMailing Address: Texas Instruments, Post Office Box 655303, Dallas, Texas 75265Copyright 2013, Texas Instruments Incorporated

The flyback transformer is actually a coupled inductor with multiple windings wound on a single core. For simplification, we will refer to the first, driven winding, as the primary and the main output winding as the secondary winding of the flyback transformer. The transformer’s primary inductance is typically made as large as is practical. 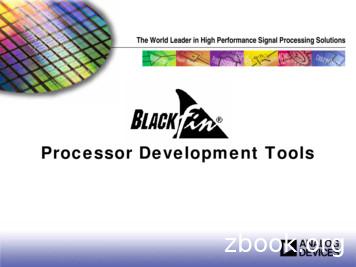 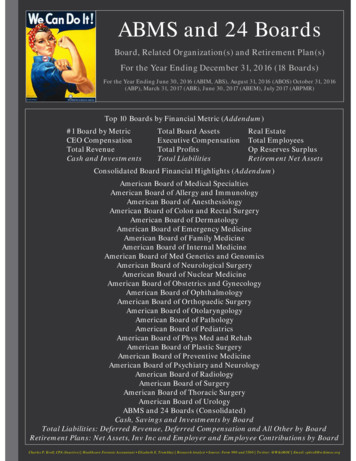 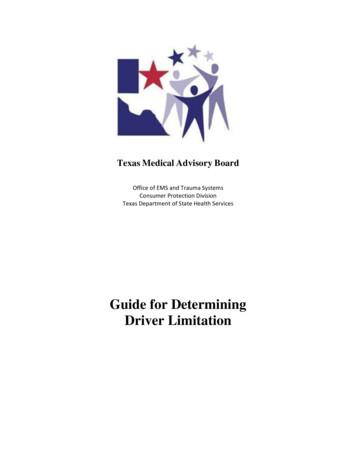 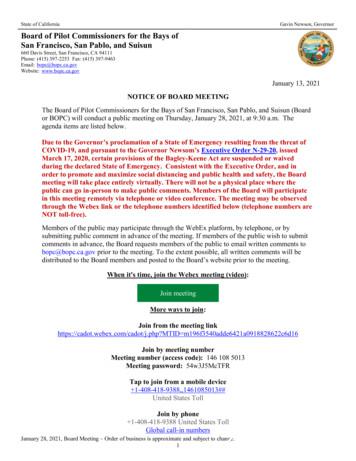 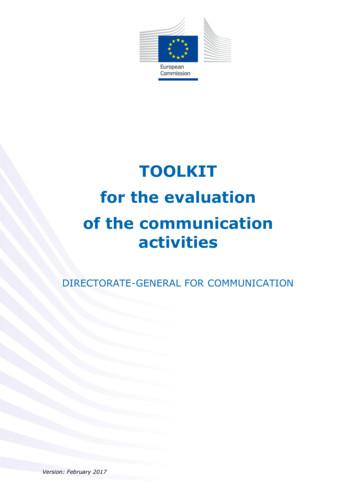 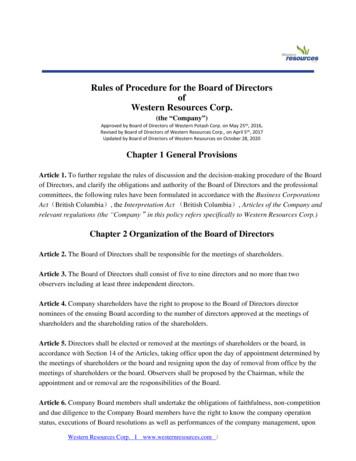 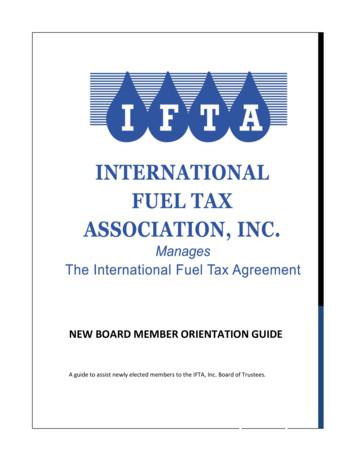 NEW BOARD MEMBER ORIENTATION GUIDE
April 2015 New Board Member Orientation Guide Chapter 3 Page 8 of 22 Therefore, a quorum is six (6) members of the Board. In order for the Board to act, at least six Board members must assent or dissent. B. What You Can Expect Approximately two-weeks prior to a quarterly Board meeting, IFTA, Inc. will provide materials to the Board members ...
1m ago
7 Views 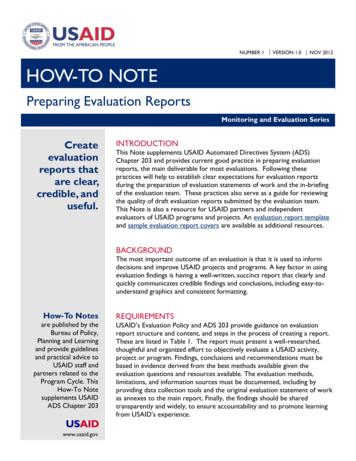 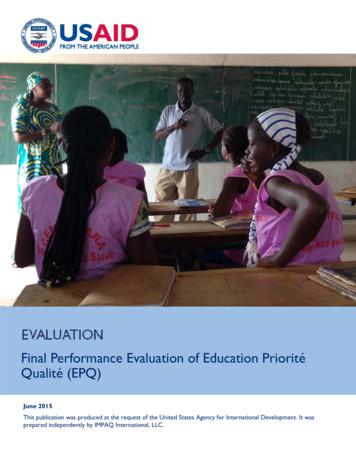 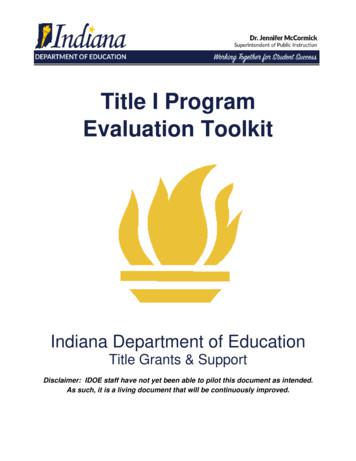 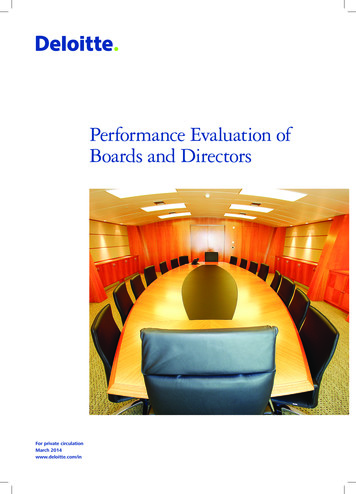 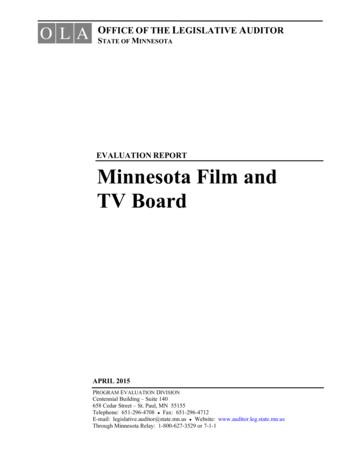