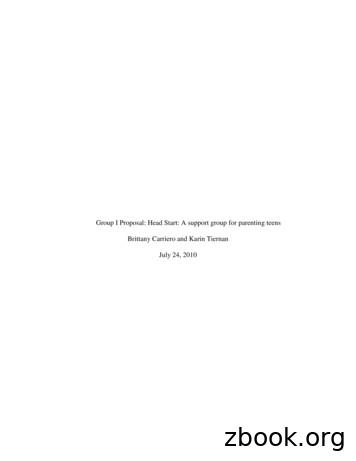 I.Title of GroupHead Start: A support group for teen parentsII.Type of GroupThis is a support group with social skills and educational components. This groupwill be held at a local high school. There will be two groups per year, and each onewill run for sixteen weeks (one from September to December and one from January toMay). This group is voluntary and the girls learn about our group through theirguidance counselors and teachers. This is a homogenous group since it is only forteenage mom age 14 to 19 at our high school.III.RationaleTeenage pregnancy is a problem with disturbing statistics. United States has thehighest teen pregnancy and birthrates in the Western industrialized world. Nearly 4 to10 young women become pregnant at least once before they turn 20. Eighty percentof these pregnancies are unintended and 79 percent are to unmarried teens (Davies,McKinnon, & Rains, 2001). Only a third of teen mothers graduate from high school.Eight out of 10 unmarried teen moms wind up on welfare. The children of teen momsdo less well in school and are at a higher risk of neglect and abuse than children bornto women age 20 and older (Bissell, 2000).This “Head Start” group will be focusing on teenage mothers, ages 14 to 19.Opportunities to master normative developmental tasks specifically for this stage:physical maturation, emotional development, membership in peer groups and sexualrelationships (Newman & Newman, 1991). According to Erikson’s Theory of

Psychosocial Development, adolescents of this age group are at the Group Identity v.Alienation Stage (Newman & Newman, 1991). At this point, young adolescence gainan increased understanding of reality as they recognize their own way of dealing withlife. People at this developmental stage search for their identity, increase importanceof social and intimate relationships, and seek autonomy from family (CITE) If thisdevelopment of sense of who they are is interrupted (for example, by a pregnancy), itresults in a sense of confusion and lack of identity development (Newman &Newman, 1991).Teenage pregnancy is an issue that has a huge impact on social, emotional,economic, physical, and psychological issues. A pregnancy for a woman should be anexciting time with lots of support and joy from those around you. For a teen thisexperience is quite different. There is often a lack of approval from outsides, and asense of shame felt by the teenage moms (Davies, McKinnon, & Rains, 2001).This stigma results in having less of a chance of these girls establishing positiveself-images as mothering figures and the children suffer the consequences. Societyencourages dating and sexual expression and freedom from an early age, yet when ateen gives birth, we shun them. Society wrongly assumes that these girls have beenpromiscuous and careless (Szigethy M.D., PhD & Ruiz, 2001).A pregnant teen must adapt to biological changes in her body due to pregnancyoften before she has become comfortable with the biological changes that werebrought on by puberty (Lucio & Dixon, 2008).A teenage mother must adjust to parenthood while still enmeshed in problems ofadolescence. A teenage mother faces many different emotions including: fear,

resentment, confusion, depression, and frustration (Szigethy M.D., PhD & Ruiz,2001). These girls are often ostracized by peers and lack familial support (Davies,McKinnon, & Rains, 2001).Teenage mothers often live in poverty and depend on federal assistance. Theyneed support in accessing affordable health insurance and daycare. These girls needsubsidized housing and access to education and training ("CDC Data & Statistics Feature: Teen Birth Rates Rose Again in 2007, Declined in 2008," 2010).There are numerous ways in which our support group can benefit this population. Wewill aim to increase self-esteem and self-respect and provide these girls with manyvaluable community resources and guidance. This group will serve as a tool toempower these girls as they continue with their normative identity development.IV.Goals and ObjectivesThis group will touch upon many aspects that a teenage mother may dealincluding empowering them with life choices about their futures and careers,enlarging their support network, helping them accomplish mastery in normaldevelopment techniques, and incorporate coping skills and relaxation into their lives.These are the primary issues that will be addressed in order to help reduce the list ofrisk factors that often target teenage mothers.V.Basic InformationThe screening process for this group will require an interview and thatparticipants be teenage mother’s that attend the high school. They would be betweenthe ages of 14-19 and have no other diagnosis going on. A maximum of 12 girls at atime is preferred. If more members want to join a second group may be added to

accommodate the demand. The group will meet once a week after school for a halfhour at a time. The group will run for the entire length of one school semester, or 16weeks, with no meetings during the summerVI.Basic Ground RulesThese ground rules are in place to create a safe, supportive environment: Information shared in this group is confidential. Members are asked to refrain fromdiscussing group material outside of the group either with fellow group members orpeople outside of the group Every meeting is important. Please plan to be on time and to attend every meeting. Pleasenotify the facilitator as soon as anticipate being late or absent. It is expected that you talk about experiences and share your reactions to other membersexperiences. Members are also encouraged to assert boundaries if it ever feels unsafe togo further in a discussion. Be respectful and courteous of other members and facilitators. We ask that all cellular phones be turned off during session. If you must leave your phoneon, please make it known to the group that you are anticipating a phone call.VII.Possible Topics and Therapeutic TechniquesThis group will use ice breaker activities as the initial way for the members tointroduce themselves and get comfortable with one another. We will utilize trust andrelationship-building activities to help people develop trust of themselves and each other.These activities will empower these girls and enlarge their social support group. We willuse self-reflection exercises to increase insight. .Relaxation techniques and meditationwill be taught to aid in stress reduction. The co-facilitators will use art, music, and

bibliotherapy as creative techniques to do some self-esteem boosting activities. We willalso have a variety of guest speakers from community agencies that can offer services toexpand members’ social network.VIII. Best PracticesThis group was designed by following the Association for Specialists in Group WorkBest Practice Guidelines. A professional disclosure statement was sent to all groupmembers. All members have signed consent forms on file. Members were given a list ofthe group ground rules and these rules will be reviewed doing the first meeting. Inaddition to ASGW’s Best Practice Guidelines, this group was developed following theACA’s Code of Ethics.IX.Special ConsiderationsIndividual counseling is always made available to anyone in the school who feels thatthey need it, regardless of if they are in a group or not. The school is made to be a safeenvironment where everyone has the right to see a counselor if they see fit. If a studentcomes in with other issues or psychological diagnosis and it appears they need furtherhelp they may be referred to the school psychologist to meet with and make sure they aregetting all of the help they need since that area may be out of the expertise of the groupfacilitators. The clients are still very young, but if an issue from their childhood arisesand it seems like one that can be worked out in group it will, if it seems like a biggerissue that needs to be addressed more, then a suggestion of individual counseling will bemade.

The members of the group will be informed that the facilitators are mandativereporters (such as, but not limited to harm to themselves, someone else, threat to theirchild. If any other issues arose, such as substance abuse, or someone coming to the groupwhile using a substance, as per school policy, they would have to be reported and alsoreferred to the school psychologist.As far as any medical issues that arise the school nurse is available should a medicalissue arise.

I. Title of Group Head Start: A support group for teen parents II. Type of Group This is a support group with social skills and educational components. This group will be held at a local high school. There will be two groups per year, and each one will run for sixteen weeks (one from September to December and one from January to May). 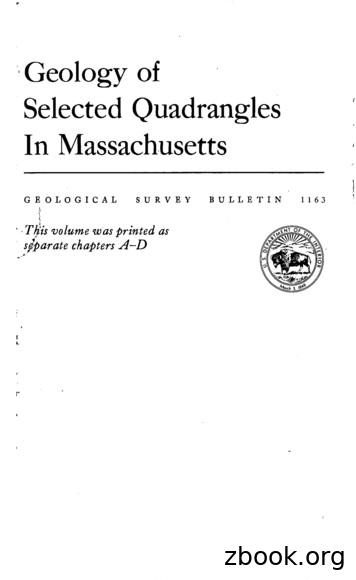 STRENGTHENING HEAD START - ASPE
Head Start, states have the responsibility and the authority through planning, training, and the ... Finally, the paper explains the President’s proposal for Head Start reauthorization, which builds on the evidence to strengthen the program and, ... half score below the 50% mark.5 Head Start children as a group fall far below the 50th
1m ago
3 Views 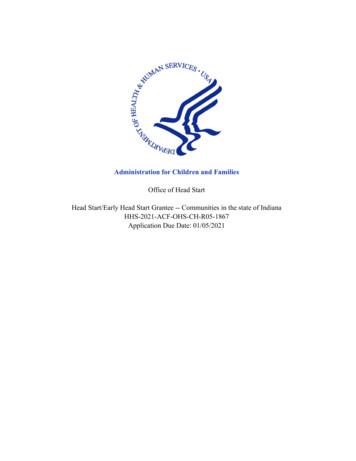 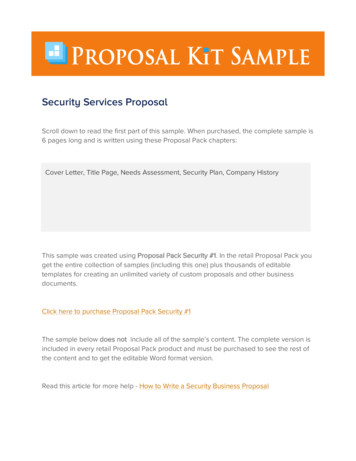 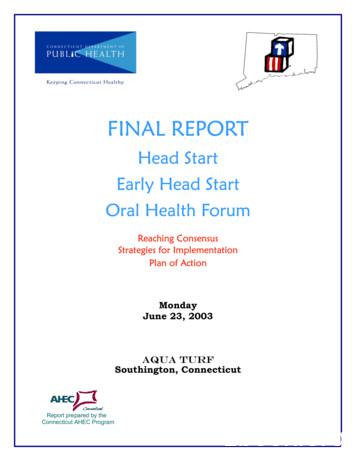 HS-EHS Forum Final Report - ASTDD
proposal was on Head Start and Early Head Start sites, it was anticipated that the resultant plan would benefit a much larger population of children in Connecticut. The proposal was widely supported by the key stakeholder groups. On December 20, 2002, the Department of Public Health was informed by the ASTDD that the proposal would be funded.
1m ago
4 Views 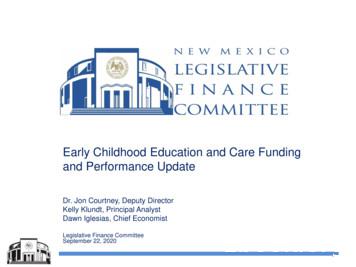 Early Childhood Education and Care Funding and Performance .
Since FY15 early childhood funding has increased 103 percent. This is not including increases to other related early care support programs such as Early Head Start, Head Start, and WIC. Early Head Start and Head Start include an additional estimated $72.6 million and WIC $43 million in addition to the funding shown chart to the left. 6 $-$50
1m ago
4 Views 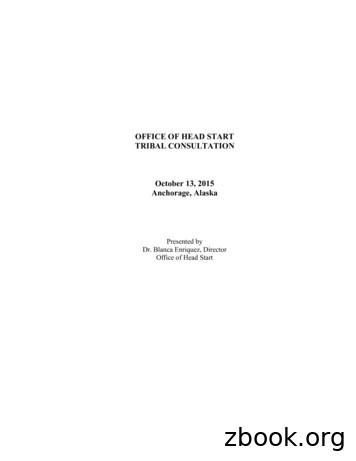 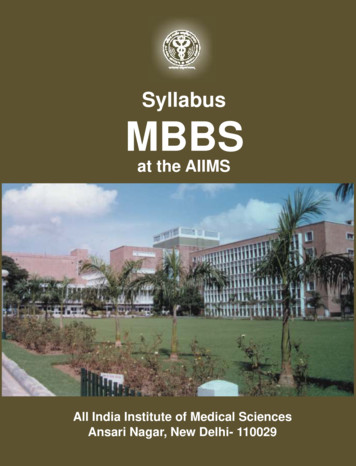 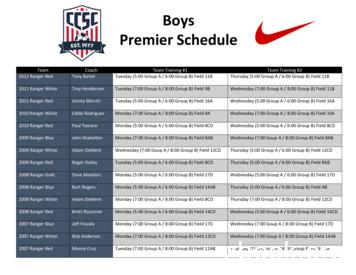 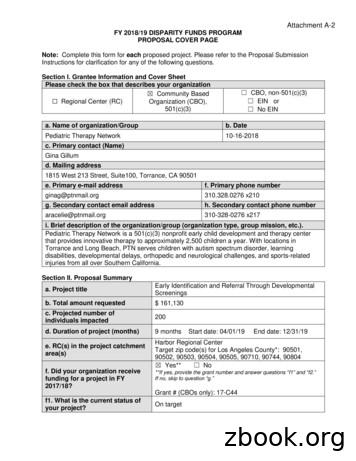 FY 2018/19 DISPARITY FUNDS PROGRAM PROPOSAL COVER PAGE
PROPOSAL COVER PAGE Note: Complete this form for each proposed project. Please refer to the Proposal Submission ... Select the target group(s) the project intends serve and provide a description of each group. Check all that apply. ... Head Start Program is required to enroll 10% of their funded slots with children with
1m ago
2 Views 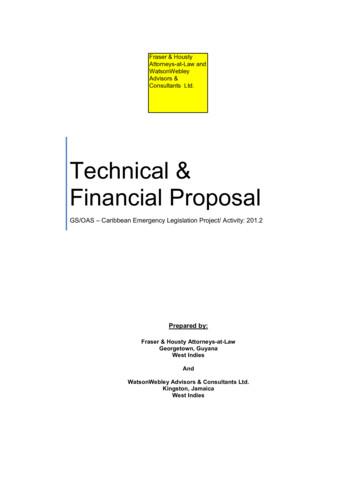 Technical & Financial Proposal
includes both a Technical and Financial Proposal. We hereby declare that all information and statements made in this Proposal are true and accept that any misinterpretation contained in it may lead to our disqualification. The proposal and any prices quoted herein are valid until July 1, 2009. Thank you for the consideration of this proposal.
1m ago
5 Views 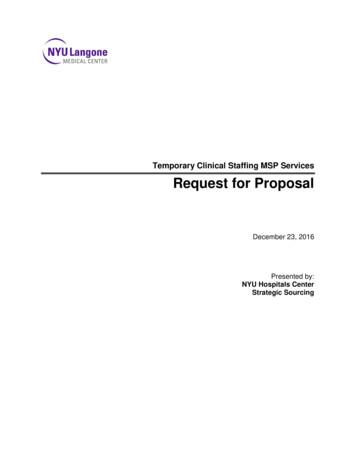 Temporary Clinical Staffing MSP Services Request for Proposal
12/23/2016 Request for Proposal –MSP Services Page 7 of 43 6. Costs Incurred All costs incurred in the preparation of the Proposal shall be borne by the supplier. By submitting a Proposal, supplier agrees that the rejection of any proposal, in whole or in part, will not render NYUHC liable for incurred costs and/or damages. 7.
1m ago
5 Views 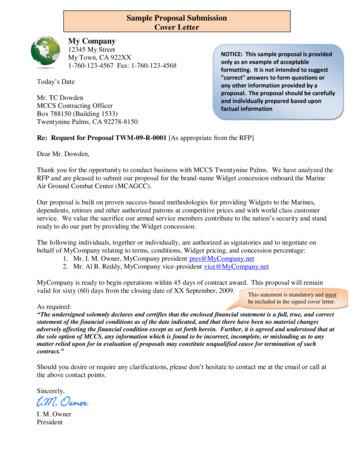 Sample Proposal Submission Cover Letter - MCCS 29 Palms
Sample Proposal Submission Cover Letter NOTICE: This sample proposal is provided only as an example of acceptable formatting. It is not intended to suggest "correct" answers to form questions or any other information provided by a proposal. The proposal should be carefully and individually prepared based upon factual information
1m ago
6 Views
Popular Tags
Recent Views