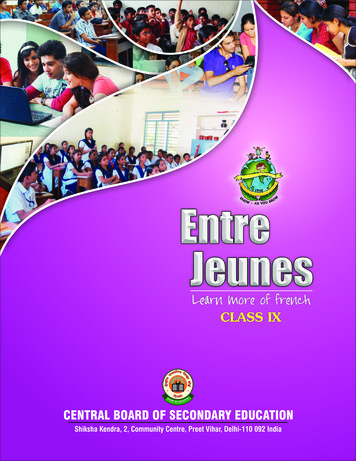 THE CONSTITUTION OF INDIAPREAMBLEWE, THE PEOPLE OF INDIA, having solemnly resolved to constitute India into a 1[SOVEREIGN SOCIALISTSECULAR DEMOCRATIC REPUBLIC] and to secure to all its citizens :JUSTICE, social, economic and political;LIBERTY of thought, expression, belief, faith and worship;EQUALITY of status and of opportunity; and to promote among them allFRATERNITY assuring the dignity of the individual and the2 [unity and integrity of the Nation];IN OUR CONSTITUENT ASSEMBLY this twenty-sixth day of November, 1949, do HEREBY ADOPT,ENACT AND GIVE TO OURSELVES THIS CONSTITUTION.1.Subs, by the Constitution (Forty-Second Amendment) Act. 1976, sec. 2, for "Sovereign Democratic Republic” (w.e.f. 3.1.1977)2.Subs, by the Constitution (Forty-Second Amendment) Act. 1976, sec. 2, for "unity of the Nation” (w.e.f. 3.1.1977)THE CONSTITUTION OF INDIAChapter IV AFUNDAMENTAL DUTIESARTICLE 51AFundamental Duties - It shall be the duty of every citizen of India(a)to abide by the Constitution and respect its ideals and institutions, the National Flag and the NationalAnthem;(b)to cherish and follow the noble ideals which inspired our national struggle for freedom;(c)to uphold and protect the sovereignty, unity and integrity of India;(d)to defend the country and render national service when called upon to do so;(e)to promote harmony and the spirit of common brotherhood amongst all the people of India transcendingreligious, linguistic and regional or sectional diversities; to renounce practices derogatory to the dignity ofwomen;(f)to value and preserve the rich heritage of our composite culture;(g)to protect and improve the natural environment including forests, lakes, rivers, wild life and to havecompassion for living creatures;(h)to develop the scientific temper, humanism and the spirit of inquiry and reform;(i)to safeguard public property and to abjure violence;(j)to strive towards excellence in all spheres of individual and collective activity so that the nation constantlyrises to higher levels of endeavour and achievement;1(k) who is a parent or guardian to provide opportunities for education to his/her child or, as the case may be,ward between age of six and forteen years.1.Ins. by the constitution (Eighty - Sixth Amendment) Act, 2002 S.4 (w.e.f. 12.12.2002)

PREFACEFirst published in 2002, the revision of Entre Jeunes for Class IX was long overdue. Theprimary objectives of the revision exercise were to encourage the students to reflect on what itmeans to comprehend language, how to use language in different contexts and to incorporatemeaningful experiences for learning French based on the daily lives of students to provide aninput-rich environment in the Indian context. The revised textbook, therefore, contains avariety of material and exercises to suit the individual learning style of different studentsespecially in terms of oral as well as written skills. The present textbook also aims to empowerthe teacher in organizing classroom experiences in consonance with the child’s nature andenvironment, and thus provides opportunities for all children to be proactive learners.Beginning with the “table des matières” (table of contents), the revised book has emphasizedon a greater autonomy of the learners so that they are capable of interacting in real lifesituations. The table of contents indicates learning objectives of each lesson. It is divided into4 components: theme, communication, grammatical notions and socio-cultural aspects. Allthese aspects are further strengthened through the four basic skills of language learning i.e.listening, speaking, reading and writing.The book contains four units and each of the units further contains three lessons all of whichare based on a particular theme. Each lesson follows a particular pedagogical pattern as itbegins with a dialogue or a text followed by the oral and written exercises which are indicatedas A TOI (for you to do).A number of interactive activities have also been incorporated. Thegrammatical elements have been interwoven throughout the lessons and marked in the blueboxes. Based on the feedback from the teachers, the committee merged the workbook withthe textbook and therefore each lesson has an increased number of exercises at the end andeach unit has a large number of exercises (bilan) which will enable the learners to test theirskills.For the socio-cultural inputs, the committee placed in each lesson references to objects andsocio-cultural elements from France or Francophone countries. A number of references toIndia have also been incorporated. At the end of each unit, a page has been earmarked forself-assessment. For a greater autonomy of the students, this edition provides an opportunityto the students to self-assess their knowledge and performance in a progressive manner. Thecommittee also attempted to provide problem-solving environment in the classroom toengage children in finding the quickest or easiest way to learn French.In order to cater to the need of students and teachers in the backdrop of Summative andFormative assessments, this edition contains an increased number of exercises and activitiesto choose from. The language skills developed can be assessed through summative135

PREFACEassessments at the end of 1st term (Lessons 1-6, first 2 units) and 2nd term level (Lesson 7-12,last 2 units). Each set of exercises can be answered through a pen-paper test or through an oralinteraction. Based on the model of given exercises and activities, there is ample scope for theteacher to improvise and innovate as per their local needs. The self-assessment and activitiessuggested in each lesson and unit will also help in the formative assessment of the student.Many of these activities will help to strengthen the leadership and participatory qualities of thestudents, thus, underscoring the development of formative skills.The Board wishes to express its gratitude to Dr. Sadhana Parashar, Director (Academics,Research, Trainings and Innovation) and Mr. Al Hilal Ahmed, Joint Director, CBSE forrendering the much needed guidance throughout this project. The Board would like to placeon record its special appreciation to all the members of the revision team for their hard work,perseverance and valuable contribution. The Board would also like to thank the experts fromthe French Embassy for their valuable contribution. It is due to the excellent teamwork at alllevels that the Board is in a position to introduce the revised French Book in the CBSEaffiliated schools in time.We hope that the revision of this book in light of critical insights will help the students tounderstand the subtleties of the French language as they relate to daily life and they will feelmore confident and motivated for learning French as a foreign language. Suggestions forimprovements will be appreciated.Vineet JoshiChairman, CBSE

Core French Handbook for Parents1 - Sudbury Catholic Schools
French instruction by the end of Grade 8. Students must obtain at least one credit in French at the secondary level. (Source :French As A Second Language Curriculum Grade 1-8, 2013, p.15) What Does Core French Look Like in Sudbury Catholic Schools? Time Allocations and Accumulation for Core F
8d ago
4 Views

TEACHING SYLLABUS FOR FRENCH (JUNIOR HIGH SCHOOL 1 – 3)
world” that the pupil prepares himself to communicate in the French –speaking world. The syllabus for the three years Junior Secondary School course in French is designed to help pupils to: 1. Acquire the basic skills that will enable them communicate in a French-speaking environment. 2. Prepare themselves for further studies in French. 3.
4m ago
14 Views