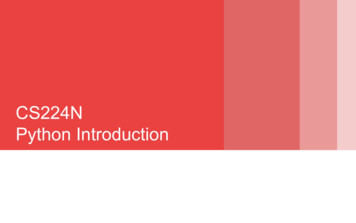 What is Python? General-purpose, high-level scripting language Used for a wide variety of purposes including networkingand web applications Most popular in the scientific community for its ease ofuse

Installing and Running Python Download from Anaconda:https://www.anaconda.com/distribution/ Includes Python, as well as several packages for scientific computing In your terminal, start up the Anaconda installation ofPython: conda activate Because Python is a scripting language, you can try it outright in the terminal; just type: python Follow instructions on Assign1 to create ‘environments’ Help keep your projects separated so there aren’t conflicting installations!

Writing Programs For longer tasks, probably want to write in a program thatyou can run on command To write programs, people often use IDEs Pycharm (can get professional version for free since you are a student!) Sublime (after modification with plugins) VSCode (after modification with plugins) IDEs include lots of nice bells and whistles like codecompletion, syntax checking and a debugger If you choose to just use a text editor, you can run yourprogram from the terminal by using the command:python filename .py

Basic data structures None of these types have a fixed type: can containanything Sets will remove duplicates; only one copy of ‘four’

Sorting Lists Sorted function lets you sort a list Has additional ‘key’ parameter to which you can pass afunction that tells sorted how to compare For more details, look up ‘lambda functions’

Functions, Loops and Control FlowIntegers in [0, a)BooleanstatementsIntegers from 1(inclusive) to b(exclusive),counting by 2If called from command line

What is Numpy? What is Scipy? Numpy – package for vector and matrix multiplicationScipy – package for scientific and technical computingThe main advantage of numpy and scipy are their speedSpeed comes from efficient memory representation andlow-level machine instructions

Ndarray Most important structure in numpyCan only contain one type of valueExtremely fastUsed to represent vectors, matrices, tensorsCalling myArray.shape will return a tuple of integers thatrepresent the shape of the ndarray – very important!

Ndarray – Addition (same shape) When two Ndarrays are the same shape, addition actsexactly as you would expect: component wise! We will discuss the case when they are not the sameshape later

Ndarray – Component-WiseMultiplication (same shape) When two ndarrays are the same dimension and you usethe python multiplication operator (*) you get componentwise multiplication, not matrix multiplication! When we get to neural networks, we will see that thisHadamard product is very important

Ndarray – np.dot Vector-Vector, Matrix-Vector and Matrix-Matrix productsare calculated using np.dot() As with most numpy functions, they behave differentlydepending on the shapes of the input; we will look at themost common uses

Ndarray – np.dot with two vectors When the two inputs to np.dot() are both 1d vectors, thenthe result is the standard dot product

Ndarray – np.dot with two matrices Here, we have standard matrix multiplication However, numpy documentation says that it is preferableto use np.matmul()

Broadcasting In math, operations like dot products and matrix additionrequire the samec dimensions. In numpy, this is not thecase Up until now, we have used 1d and 2d ndarrays,representing vectors and matrices, and numpy acts as wewould expect However, the operations we have described work evenwhen the two inputs do not have ‘standard’ shapes, givenby a set of very specific rules

General Broadcasting Rules Write out the shapes of each ndarray Starting from the back, that dimension has compatiblevalues if either: They are the same value, or One of them is a 1 The size of the resulting array is the maximum along eachdimension Note: the two ndarrays do not need to have the samenumber of dimensions

Broadcasting – Example 1(easiest) In this case, we add a scalar to an ndarray Numpy automatically adds the scalar to every singleelement

Broadcasting – Example 3(hardest, one answer) Take the fifth example, the shapes are (3, 4, 5, 6) and (4,6, 7) According to the documentation, the last two dimensionsrepresent matrices, so we take those out and broadcastthe rest: (3, 4) and (4,) Using our broadcasting rules, the result of broadcastingthese shapes will be (3, 4) Matrix multiplication results in a matrix of shape (5, 7) Our output will have shape (3, 4, 5, 7)

Mathematical Functions onNdarrays – cont. Some functions, like sum and max, can be applied along agiven axis Applying along that dimension gets rid of that dimension,and replaces it with the function applied across thatdimension

Advice If you are unsure how an operation will work on ndarraysof a certain shape, try it out! Create random matrices that have the shape you arelooking at, do the operation, and check the shape of theoutput Python scripting in the terminal is great for this!

Python Live Demo in PyCharm Calculate the eigenvector associated with the dominanteigenvalue Use the power iteration method: 𝑏"# &'( &'( (If not at live session, can download the code from coursewebsite)

Includes Python, as well as several packages for scientific computing In your terminal, start up the Anaconda installation of Python: condaactivate Because Python is a scripting language, you can try it out right in the terminal; just type: python 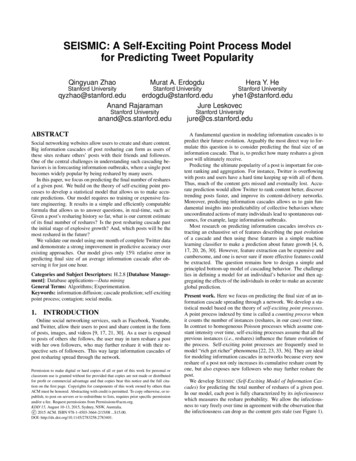 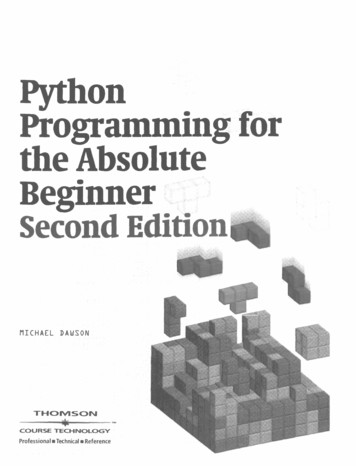 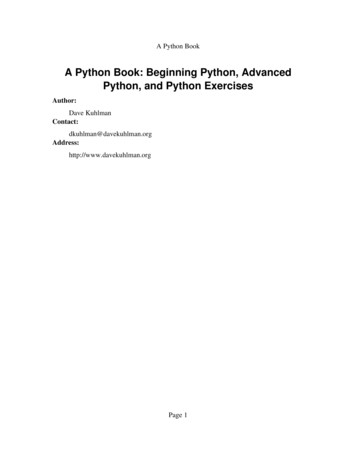 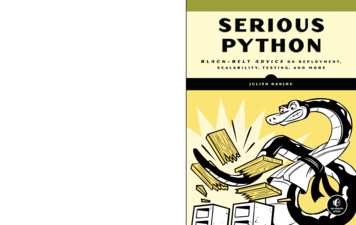 BUILD BETTER WRITE LESS. CODE MORE. PYTHON 2 AND 3 COVERS .
Mike Driscoll has been programming with Python for more than a decade. He has been writing about Python on his blog, The Mouse vs. The Python, for many years. Mike is the author of several Python books including Python 101, Python Interviews, and ReportLab: PDF Processing with Python. You can find Mike on Twitter or GitHub via his handle ...
30d ago
44 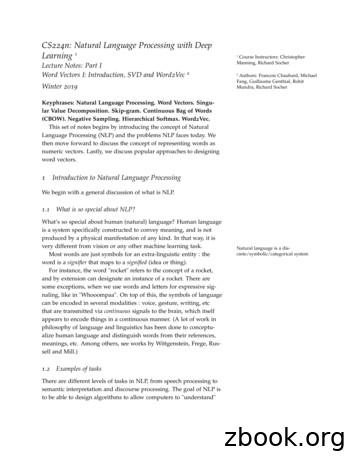 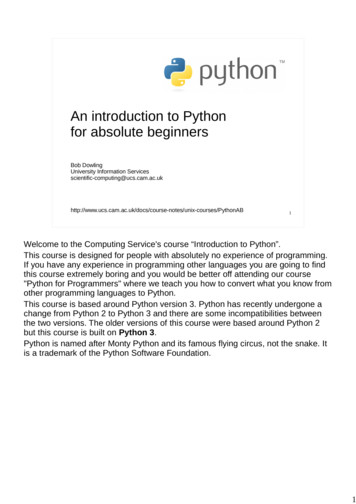 An introduction to Python for absolute beginners
"Python for Programmers" where we teach you how to convert what you know from other programming languages to Python. This course is based around Python version 3. Python has recently undergone a change from Python 2 to Python 3 and there are some incompatibilities between the two versions. The older versions of this course were based around ...
30d ago
32 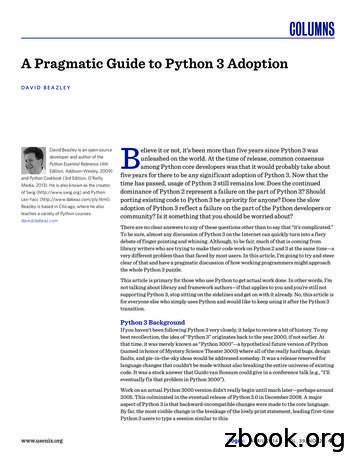 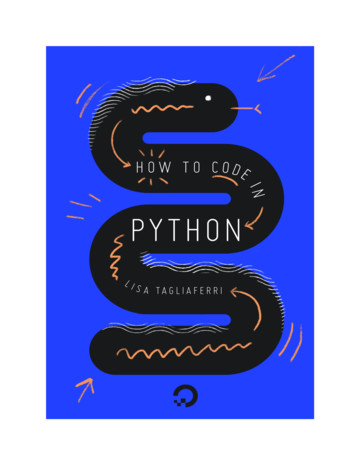 How To Code in Python 3 - DigitalOcean
Python’s types and classes into one hierarchy in Python version 2.2. Python 3 Python 3 is regarded as the future of Python and is the version of the language that is currently in development. A major overhaul, Python 3 was released in late 2008 to address and amend intrinsic design ﬂaws of
28d ago
21 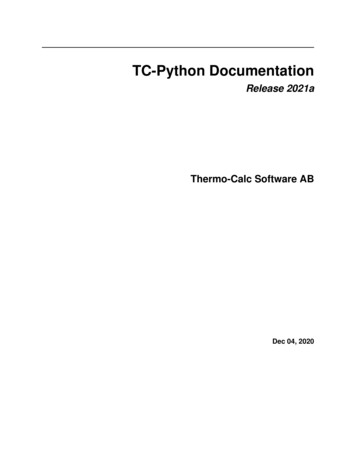 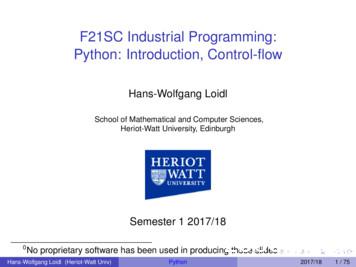 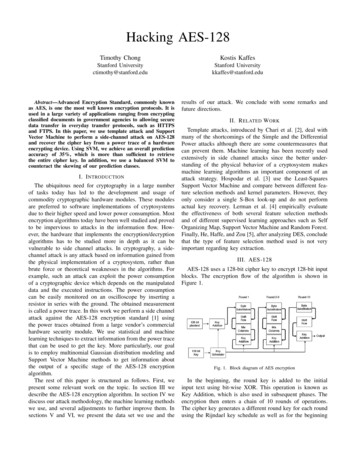 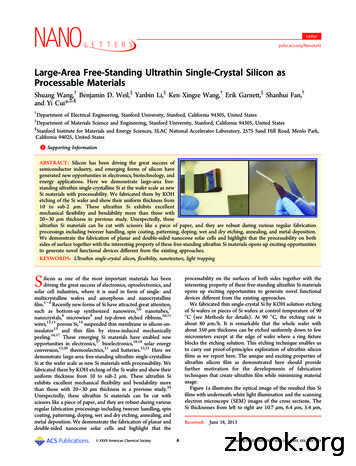