JANUARY 27, 2006VOL. LVIII, NO. 2The Second Best Thing About PaydayWar Protests Remembered 36 Years Laterabove · Paddlers salute each other at theend of a competition. See story below.features1Protest Movement Veterans HoldReunion at NIH3CSR Plans Speedier Review7NIEHS Names New ngVolunteersScience211141516NIH-NIMH Vietnam MoratoriumCommittee Reunites for PosterityBy Carla GarnettThe U.S. is at war in a small nation thousands ofmiles away. Not everyone agrees we need to bein the fight. Protests have been launched. In othernews, a new chief justice of the U.S. was sworn in anda major hurricane devastated the Gulf Coast region.No, this is not a rehash of last year’s headlines. Inthis story, Warren Burger heads the U.S. SupremeCourt. Hurricane Camille—a category 5 storm—hit Mississippi in late August. Gasoline costs about32 cents a gallon. And the disputed war is in southeast Asia. The year is 1969. That fall, a small groupof NIH and NIMH (the agencies were separate then)employees organized to protest U.S. involvement inthe Vietnam War. They were researchers, physicians,administrators and support staff. They were vestedDr. Mark Levinthal recalls activist days atNIH with several members of a Vietnammoratorium committee formed here morethan 30 years ago. The group reunited lastmonth in Bldg. 31 to record their memoriesfor the Office of NIH History.see antiwar protesters, page 8Next Generation of Native AmericanMedical Researchers Goes to HarvardBy Jennifer K. LoukissasParents and kids enjoy a “Family Learn to Paddle Day”on the Anacostia River.Breast Cancer Survivors Take Control inDragon BoatsBy Claudia WairImagine a warm day on the banks of the Anacostia River. Several brightly colored boats racepast, each 20-woman crew dipping the oars inperfect synchronization. It may not be untilafter the race, when these women laugh andshout and congratulate each other, that younotice the many pink ribbons decorating teamshirts and some of the boats.see cancer survivors, page 4A partnership between veteran researchersand professors at Harvard Medical School andfour Native American communities across thecountry has strengthened science and biomedical education in high schools attended byNative American students and is encouragingNative high school students to pursue undergraduate training in these fields at 4-year colleges. The program is funded by NIH.The Native American High School SummerProgram at Harvard: Opening the BiomedicalPipeline for Native Communities arose froma suggestion by Wallace Youvella, vice chairof the Hopi, Arizona, school board, during avisit to Hopi Junior and Senior High School bya Harvard team in 2001. The long-term goalof the program is to increase the number ofNative Americans entering medicine and biomedical research. The program exposes students to, and demystifies, the college environment. During the past five summers, teamssee native americans, page 6

briefsKnowledge Management Symposium, Feb. 6The Office of Extramural Research will sponsor a forum on knowledge management titled“Knowledge in Service to Health: LeveragingKnowledge for Modern Science Management”on Monday, Feb. 6. A session, open to all, lastsfrom 8:30 a.m. to noon in the Natcher mainauditorium. Later in the day, from 1 to 3 p.m.,there will be demonstrations of KM tools inuse and in development at NIH. This session isfor employees with ID only and will be held inNatcher conference rooms E1 and E2.The NIH Record is published biweekly atBethesda, MD by the Editorial OperationsBranch, Office of Communications andPublic Liaison, for the information ofemployees of the National Institutes ofHealth, Department of Health and HumanServices. The content is reprintable without permission. Pictures may be availableupon request. Use of funds for printingthis periodical has been approved by thedirector of the Office of Management andBudget through September 30, 2006.NIH Record OfficeBldg. 31, Rm. 5B41Phone (301) 496-2125Fax (301) 402-1485Web addresshttp://www.nih.gov/nihrecord/EditorRichard [email protected] EditorCarla [email protected] WriterBelle [email protected] NIH Record reserves the right tomake corrections, changes, or deletionsin submitted copy in conformity with thepolicies of the paper and HHS.Á The NIH Record is recyclable as officewhite paper.22JANUARY 27, 2006The morning speakers are experts from academia, industry and other biomedical researchfunding agencies. Topics will include the stateof the art in the discovery and management ofdiverse knowledge, the use of text mining to advance the progress of science, the developmentof performance measures to analyze the impactof biomedical research funding, implementationof KM techniques to understand the culture andpractices of large organizations and visualization and communication techniques that canhelp convey complex ideas to stakeholders.Get Things Done More EasilyThe Work and Family Life Center will hold a seminar titled “Let Go! You Don’t Have To Do It All,” onWednesday, Feb. 8 from noon to 2 p.m. in Bldg.50, Rm. 1227/1233. Do you sometimes feel likeyou have too much on your plate? Is your “to-do”list more than one page? You likely balance multiple roles and priorities at the same time, andas much as you want to do it all, successfully,you don’t have to. You can enlist support. Attendthis seminar to become more aware of your ownfeelings that influence task management anddelegation. Learn how to remove roadblocks todelegating tasks at work and home. Get strategies for motivating others to make decisions.Learn how to cope with the unanticipated (e.g.,ad hoc meetings, phone calls).Wednesday Afternoon LecturesThe Wednesday Afternoon Lecture series—heldon its namesake day at 3 p.m. in Masur Auditorium, Bldg. 10—features Dr. Michael G. Rossmann on Feb. 1, speaking on “The Structure andFunction of Flaviviruses.” He is Hanley professorof biological sciences, department of biologicalsciences, Purdue University.On Feb. 8, Dr. Michael P. Stryker will discuss “Making Maps in the Brain.” He is chair, department ofphysiology and Ganong professor of physiology,University of California, San Francisco.For more information or for reasonable accommodation, call (301) 594-5595.Women’s Baseball Team Needs Players, CoachA women’s baseball team consisting primarily ofplayers from NIH is looking for new players and acoach. The Lasers are located in Rockville and playin the Eastern Women’s Baseball Conference. Theyplay one game most weekends, May to September,on a regulation ballfield with professional umpires.The team will train locally in the coming months,indoors and outdoors. The Lasers have a coreroster of women 18-52 years old, from all walksof life, and with a range of previous baseballand/or softball experience. If you are interestedin playing or coaching, contact Susan McCarthy [email protected] Seminar Set, Feb. 24The women’s health special interest group of theOffice of Research on Women’s Health will host alecture, “Disparity in X-chromosome Gene Dosage and the Risk for Coronary Disease,” by Dr.Carolyn A. Bondy, chief of the section on women’shealth research and chief of the DevelopmentalEndocrinology Branch, NICHD. The seminar will beheld on Friday, Feb. 24 from 11:30 a.m. to 12:30p.m. in Wilson Hall, Bldg. 1. A discussion followsthe lecture. Join in a scientific exchange on issuesrelated to the biology and pathology of sex andgender differences and effects on women’s health.For sign language interpretation, contact VickiMalick, [email protected] Ready for ‘Wear Red Day’Friday, Feb. 3 is National Wear Red Day, a keyactivity of NHLBI’s Heart Truth campaign. JoinAmericans nationwide in wearing red to showsupport for women’s heart disease awareness. Formore information about the campaign, NationalWear Red Day and the Red Dress pin—the nationalsymbol for women and heart awareness—visitwww.hearttruth.gov.Yoga Meditation Held MonthlySahaja yoga meditation class is held everyThursday at 7 p.m. on the third floor of the CRC, Rm.3-1608. Sahaja yoga seeks to awaken inner energycalled kundalini, and is offered for free and withoutobligation. The class is sponsored by the recreationtherapy section of the rehabilitation medicinedepartment. For more information contact JasminSalloum, (301) 402-5630.

JANUARY 27, 2006VOL. LVIII, NO. 2CSR Plans Speedier Review of NIHResearch ProposalsWith an ultimate goal of cutting its grant application reviews by half, the Center for Scientific Review will begin a pilot program for newresearchers in February. It is aimed at carving amonth and a half from the 6-month process.CSR will conduct the pilot in 40 of its study sections, offering a shortened review process tonew investigators applying for their first majorNIH grant, an R01.If all goes as planned, the shortened process willenable some new investigators with applicationsneeding work to revise their applications and getback into a new review cycle more promptly, ultimately saving them 3 to 4 months.“We welcome this effort,” said NIH directorDr. Elias Zerhouni. He cited benefits for bothresearchers and scientific institutions nationwide, as well as “the public awaiting medicaladvances.”The pilot was proposed by a special trans-NIHcommittee chaired by Eileen Bradley, chief ofCSR’s surgical sciences in the biomedical imaging and bioengineering integrated review group.It was approved by NIH’s extramural activities working group, which represents all theinstitutes and centers. It was also reviewed andapproved by a joint meeting of the NIH reviewpolicy committee and the extramural programmanagement committee.Acknowledging the interest of outside scientists in obtaining speedier reviews, CSR directorDr. Toni Scarpa said, “Especially in the area ofbiomedical research, the scientific world movesfast, and we must keep up with it. We plan touse new electronic and management tools whilepreserving the rigor and fairness of NIH peerreview, so we can identify the most promisingmedical research more rapidly. Our goal is toreduce the grant review process by half.”The Center for Scientific Review will begin a pilot program fornew researchers in February aimed at carving a month and ahalf from the 6-month process.come out of the two-tiered review process.CSR and IC processes together take about 9months.This pilot incorporates a number of features,including a shortened time for reviewers toconsider applications, earlier study sectionmeetings, accelerated production of summarystatements and a delayed submission date forthese amended applications. CSR will assessthe views of the applicants in the pilot to seeif they felt they benefited from the shortenedreview cycle. CSR will also get the opinions ofreviewers.New electronic and management methods andnew electronic research applications may enableCSR to use shortened cycles in reviewing all R01applications and other applications as well.For more information on the pilot, visit TOD-06-013.html.Total R01 grants are about 10 billion. Theysupport many of the best biomedical researchers at universities and medical centers acrossthe country—scientists who, over the years,have been awarded more than 100 Nobel prizes.CSR recruits 15,000 outside scientists for thepeer review for scientific merit of three-quarters of the nearly 80,000 applications NIHreceives in a year. IC advisory councils thenreview the summaries CSR provides to determine which of the applications best fit theiraims and public health needs. The IC directorsmake their final funding decisions based onthe assessments and recommendations that3

Program at Harvard: Opening the Biomedical . Pipeline for Native Communities arose from a suggestion by Wallace Youvella, vice chair of the Hopi, Arizona, school board, during a visit to Hopi Junior and Senior High School by a Harvard team in 2001. The long-term goal of the program is to increase the number of 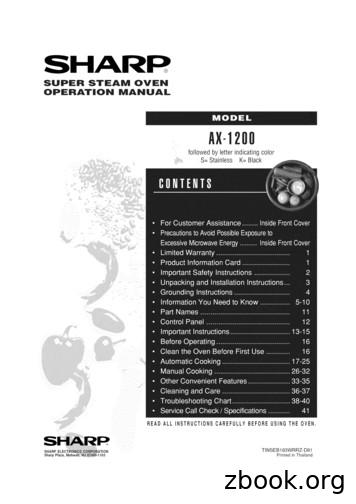 SUPER STEAM OVEN MANUAL - Sears Parts Direct
Your SuperSteam oven can be built into a cabinet or wall by itself, or above any electric wall oven, above warming drawer, above Sharp's Microwave Drawer, models KB-6002, KB-6015 or KB-6025 or above other Sharp Microwave Drawer models that specify the combination of this oven using Sharp's Built-in Kit, RK-12S30.
21d ago
0 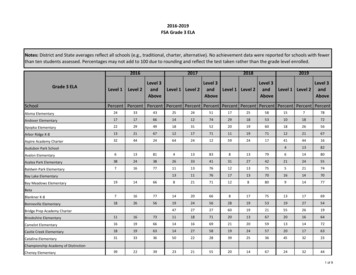 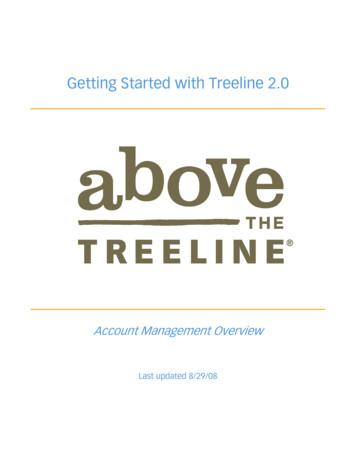 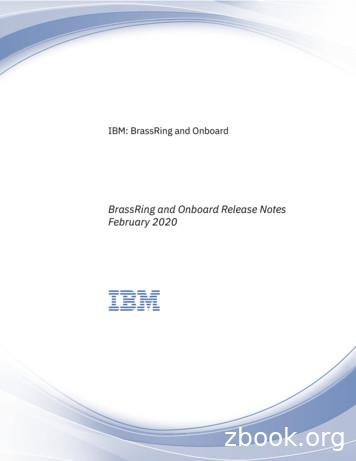 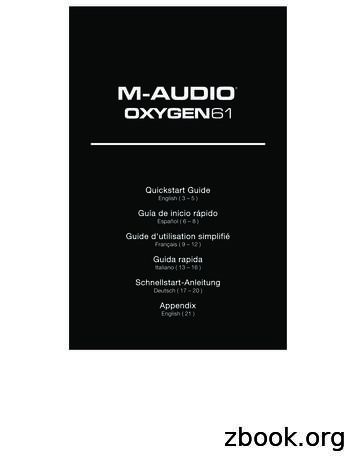 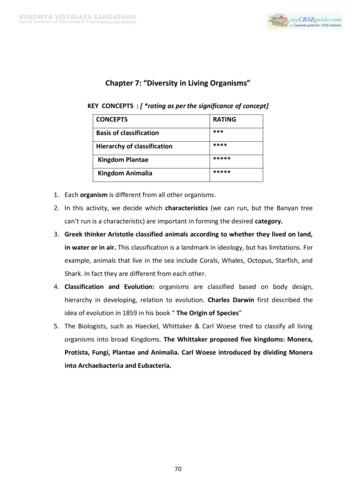 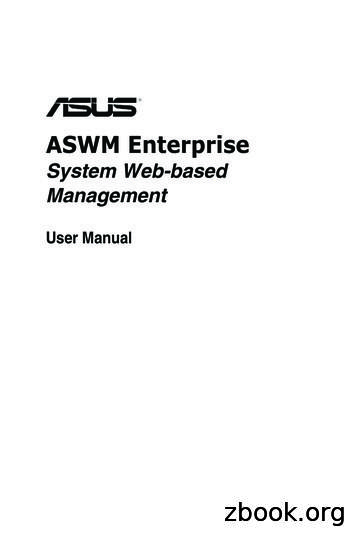 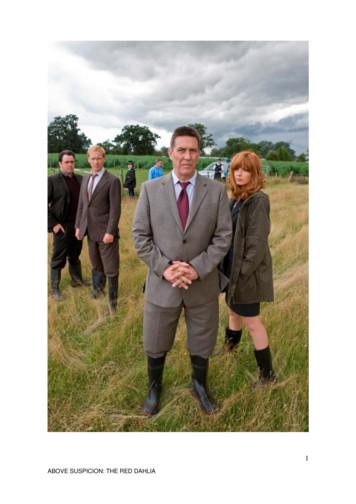 ABOVE SUSPICION: THE RED DAHLIA - Ciaran Hinds
ABOVE SUSPICION: THE RED DAHLIA 3 “A copy cat killing of such horror brings DC Travis and DCI Langton back together after Travis has accomplished work on three further cases. The response to Above Suspicion mirrored the response to the first series of Prime Suspect which is very, very exciting. To be making the second one now is a joy and it's
26d ago
2 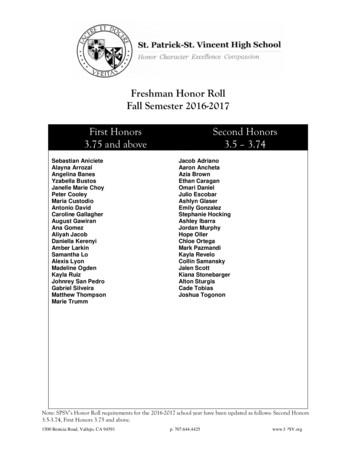 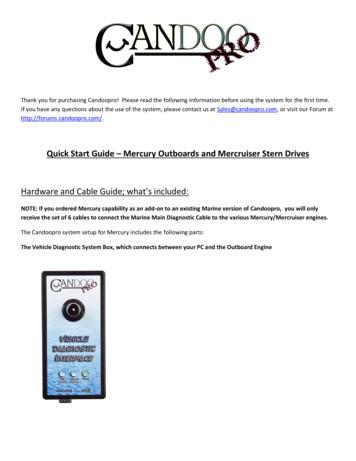 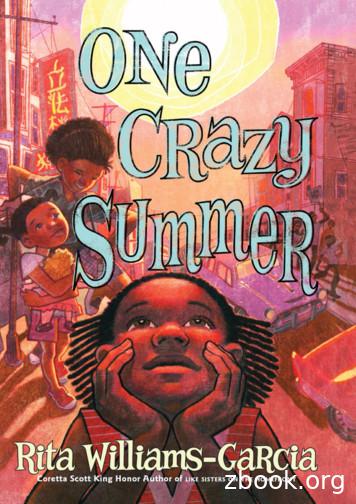 One Crazy Summer - Hamilton County Schools
of trouble cooking. All them riots.” Pa has a respectful way of ignoring Big Ma. I wanted to smile. He’s good at it. A shrill voice had announced the departing flight to Oakland. All three of us had butterflies. Our first airplane ride. Way up above Brooklyn. Above New York. Above the world! Although I could at least keep still, Vonetta and
17d ago
0 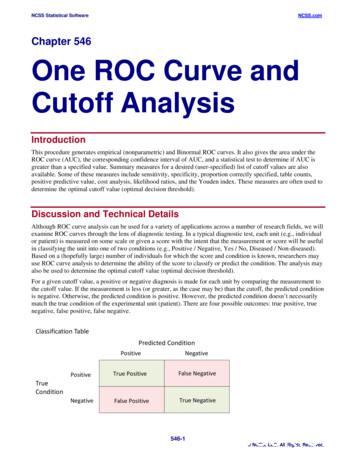 One ROC Curve and Cutoff Analysis - Statistical Software
Confidence limits for the above rates are calculated using the exact (Binomial distribution) methods described in the One Proportion chapter of the documentation. Other Diagnostic Accuracy Indices Over the past several decades, a number of table summary indices have been considered, above those described above.
1m ago
2
Popular Tags
Recent Views