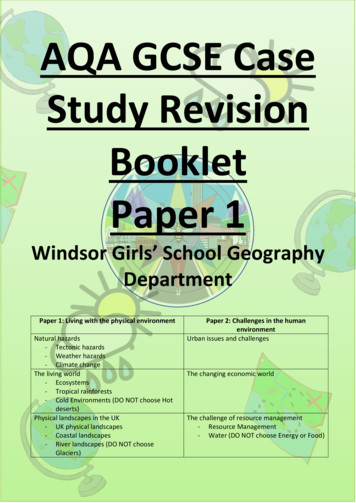 Physical Landscapes in the UKThe physical diversity of the UKCoastal landscapesOption chosen – River landscapesCoastal Landscapes Geology and rock structure on the Dorsetcoast (Hodder pp. 124-125) Coastal realignment in Medmerry (Hodderpp. 146-147; Oxford pp. 110) OR you canchoose to revise coastal management atLyme Regis (Oxford pp. 112-113)Challenge of Resource ManagementGlobal resource managementResources in the UKOption chosen – WaterWater Large scale water transfer scheme –Lesotho. Local scheme in an LIC (sustainablesupplies of water) – Hitosa, Ethiopia.(Hodder pp. 354-355)River landscapes River Tees (source to mouth, key landformfeatures) (Oxford pp. 122-123) Jubilee River Flood-relief channel (Hodderpp. 176-177)Key General Knowledge and AdviceFor all your units you should know: The key geographical terminologyCase studiesFacts and figures to back up points especially in the case study sectionThe names of all the continentsThe difference between developing countries and developed countriesExamples of developed and developing countriesUnderstand ‘exam language’. For example ‘costs’ and ‘benefits’ is just another way of saying‘negatives’ and ‘positives’ or ‘advantages’ and ‘disadvantages’Tips for your exam Use PEEL (State your point, Explain it, back it up with evidence (this could be from the resourcepaper, an example and fact and figures, Link back to the original question (have you actuallyanswered the questions).Answer/attempt all questions you are supposed to answerRead the question twiceUnderline the key words in the question – you could BUG your answer (box the command word,underline the key word, glance back over your answer)Make sure you can describe, explain, contrastKeep an eye on your timing – there are more marks at the end of sections. It’s a mark a minute!Don’t spend long on 1 or 2 mark questions (a sentence or even just a word is probably enough)Refer to examples when you know them and back up with facts and figuresKnow your case studies in detailUse key terms in your answers – write in ‘geographical’ language e.g. intercept rather than soaksLink back to the questionDevelop your points for further marks (make connections)Keep your answers focused on the question – E.g. if you have been asked about earthquakeresponses don’t waste time including the impactsBe specific – generalisation is the enemy of us all!

Typhoon Haiyan, Philippines, 2013CausesTyphoon Haiyan struck the Philippines, South East Asia on the 8th November 2013. It was acategory 5 storm on the Saffir-Simpson scale. It was one of the most powerful storms to ever hitthe Philippines.The tropical storm brought winds of up to 314 kilometres per hour, waves as high as 15 metresand 400 millimetres of heavy precipitation flooding 1km inland from the coast. 90% of the cityof Tacloban was destroyed.Primary EffectsSocial 6,300 people killed – most drowned by the storm surge. Over 600,000 people displaced and 40,000 homes damaged or flattened. 90% of Tacloban city destroyed. Tacloban airport terminal badly damaged. Typhoon destroyed 30,000 fishing boats. Strong winds damaged buildings and power lines and destroyed crops. The province of Leyte took the full force of the storm. The city of Tacloban was one ofthe worst affected places, with most of the 220,000 people living there left homeless.Most of the destruction in Tacloban was caused by a 5 metre high storm surge. This is awall of water similar to a tsunami. The vert low atmospheric pressure associated with thetyphoon caused the level of the sea to rise. As the strong winds swept water onshore, itformed a wall of water several metres high.Economic Damage cost was 12 billion US dollars. Damage to rice cost 53 million US dollars. The United Nations stated 75% of farmers and fishermen had lost their income.Environmental An oil barge ran aground causing an 800 000-litre oil spill. 400 millimetres of rainfall caused flooding. 1.1 million tonnes of crops were destroyed.Secondary EffectsSocial Infection and disease spread due to contaminated water. Eight deaths in a stampede as survivors fought for rice supplies. Power supplies were cut off for a month in some areas. Many schools were destroyed.Economic Fishing industry was disrupted as the leaked oil from the grounded barge contaminatedfishing water. The airport was badly damaged, and roads were blocked by trees and debris. Looting and violence was rife in Tacloban, due to a lack of food and supplies. By 2014, rice prices had risen by nearly 12%.Environmental Ten hectares of mangroves (saltwater-adapted trees or shrubs) were contaminated by theoil barge leak. Flooding caused landslides.Immediate Responses The government televised a warning for people to prepare and evacuate.

Authorities evacuated 800 000 people. Many went to Tacloban Indoor Stadium, which hada reinforced roof to withstand typhoon winds, however, it flooded.Over 1 200 evacuation centres were set up to help the homeless.The Philippine government ensured essential equipment and medical supplies were sentout, but in one region medical supplies and equipment was washed away.Emergency aid supplies arrived three days later by plane. Within two weeks, over 1million food packs and 250 000 litres of water was distributed.The government imposed a curfew two days after the typhoon to reduce looting.The Beckhams celebrity couple, X Factor TV show and brands such as Coca-Cola, FIFA andApple used their status to raise awareness and encourage public donations.Long-term Responses Thirty-three countries and international organisations pledged help. More than 1.5billionUS dollars was pledged in foreign aid. A ‘cash for work’ programme paid people to clear up the debris and rebuild the city. Oxfam replaced many fishing boats. In July 2014, the Philippine government declared a long-term recovery plan ‘Build BackBetter’. Buildings would not just be rebuilt but upgraded to protect against futuredisasters. A ‘no build zone’ was established in the Eastern Visayas. Homes were rebuilt away fromflood-risk areas. Mangroves were replanted. A new storm surge warning 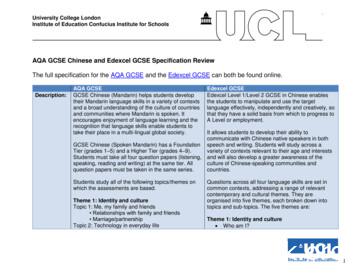 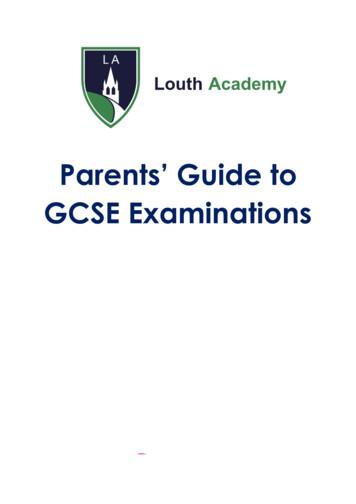 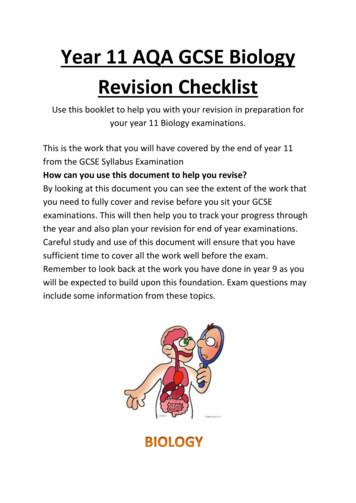 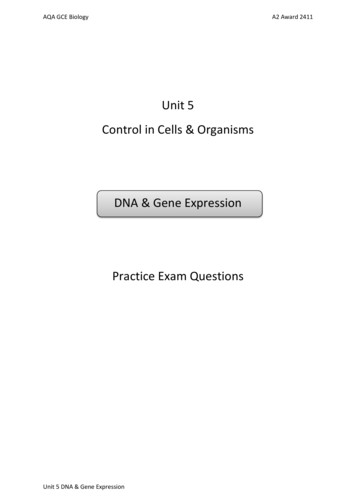 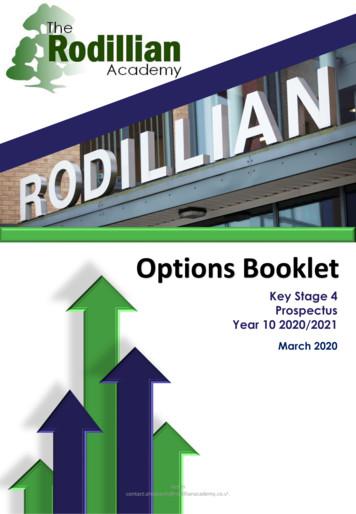 Options Booklet - The Rodillian Academy
GCSE Biology GCSE Chemistry GCSE Physics GCSE French or Level 1 ... be completed by Friday 13 March 2020. If you have any queries, or need further information, please do not hesitate to contact me on ... French GCSE (AQA 8658) Examination (75%) Paper 1 • Listening Examination • 25% of GCSE • 35 or 45 minutes Paper 3
1m ago
1 Views 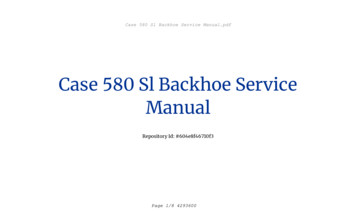 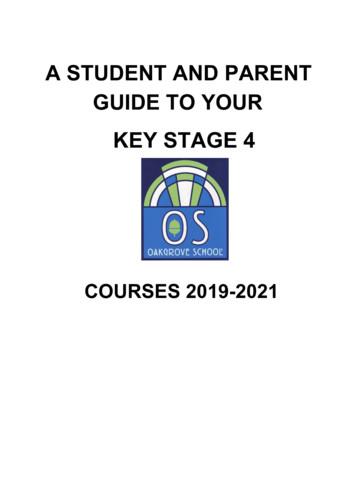 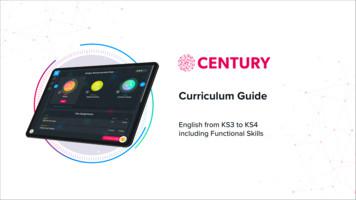 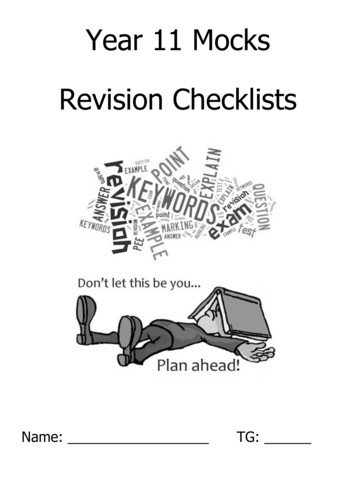 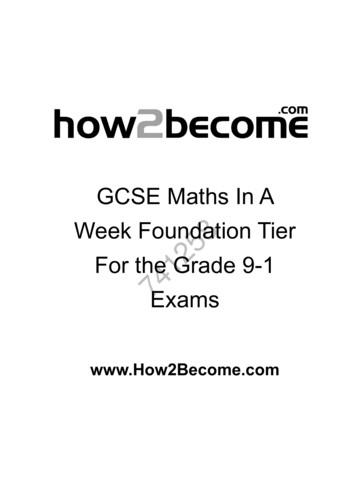