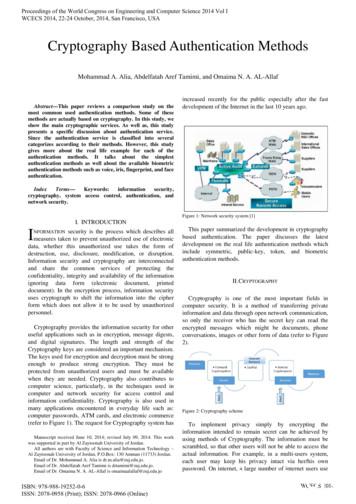 Proceedings of the World Congress on Engineering and Computer Science 2014 Vol IWCECS 2014, 22-24 October, 2014, San Francisco, USACryptography Based Authentication MethodsMohammad A. Alia, Abdelfatah Aref Tamimi, and Omaima N. A. AL-Allaf Abstract—This paper reviews a comparison study on themost common used authentication methods. Some of thesemethods are actually based on cryptography. In this study, weshow the main cryptographic services. As well as, this studypresents a specific discussion about authentication service.Since the authentication service is classified into severalcategorizes according to their methods. However, this studygives more about the real life example for each of theauthentication methods. It talks about the simplestauthentication methods as well about the available biometricauthentication methods such as voice, iris, fingerprint, and faceauthentication.increased recently for the public especially after the fastdevelopment of the Internet in the last 10 years tography, system access control, authentication, andnetwork security.Figure 1: Network security system [1]I. INTRODUCTIONIsecurity is the process which describes allmeasures taken to prevent unauthorized use of electronicdata, whether this unauthorized use takes the form ofdestruction, use, disclosure, modification, or disruption.Information security and cryptography are interconnectedand share the common services of protecting theconfidentiality, integrity and availability of the informationignoring data form (electronic document, printeddocument). In the encryption process, information securityuses cryptograph to shift the information into the cipherform which does not allow it to be used by unauthorizedpersonnel.NFORMATIONCryptography provides the information security for otheruseful applications such as in encryption, message digests,and digital signatures. The length and strength of theCryptography keys are considered an important mechanism.The keys used for encryption and decryption must be strongenough to produce strong encryption. They must beprotected from unauthorized users and must be availablewhen they are needed. Cryptography also contributes tocomputer science, particularly, in the techniques used incomputer and network security for access control andinformation confidentiality. Cryptography is also used inmany applications encountered in everyday life such as:computer passwords, ATM cards, and electronic commerce(refer to Figure 1). The request for Cryptography system hasManuscript received June 10, 2014; revised July 09, 2014. This workwas supported in part by Al Zaytoonah University of Jordan.All authors are with Faculty of Science and Information Technology –Al Zaytoonah University of Jordan, P.O.Box: 130 Amman (11733) Jordan.Email of Dr. Mohammad A. Alia is [email protected] of Dr. Abdelfatah Aref Tamimi is [email protected] of Dr. Omaima N. A. AL-Allaf is [email protected]: 978-988-19252-0-6ISSN: 2078-0958 (Print); ISSN: 2078-0966 (Online)This paper summarized the development in cryptographybased authentication. The paper discusses the latestdevelopment on the real life authentication methods whichinclude symmetric, public-key, token, and biometricauthentication methods.II. CRYPTOGRAPHYCryptography is one of the most important fields incomputer security. It is a method of transferring privateinformation and data through open network communication,so only the receiver who has the secret key can read theencrypted messages which might be documents, phoneconversations, images or other form of data (refer to Figure2).Figure 2: Cryptography schemeTo implement privacy simply by encrypting theinformation intended to remain secret can be achieved byusing methods of Cryptography. The information must bescrambled, so that other users will not be able to access theactual information. For example, in a multi-users system,each user may keep his privacy intact via her/his ownpassword. On internet, a large number of internet users useWCECS 2014

Proceedings of the World Congress on Engineering and Computer Science 2014 Vol IWCECS 2014, 22-24 October, 2014, San Francisco, USAinternet application, such as business, research, learning,etc. These activities are very important for the users’application; hence, the importance of using Cryptographyhas been highlighted to help them keep the privacy.Cryptography services in general help to ensure thefollowing [3]: Authentication: Authentication is a service used toprovide the identity of an entity. Confidentiality: Confidentiality is a service used toguarantee information it is accessible only to authorizedentities and is inaccessible to others. Integrity: Integrity is a service used to guarantee that theinformation remains unchanged from the source entity tothe destination entity. Non-repudiation: Non-repudiation is a service used toconfirm the involvement of an entity in a certain formcommunication, and prevents any party from denyingthe sent message. Accessibility: Accessibility is a service put in place toallow the use of information resources by authorizedentities.Cryptography algorithms can be classified into threeboard categories, asymmetric (public-key) cryptosystem,symmetric (secret-key) cryptosystem and hash functions(refer to Figure 3). In general, Cryptography protocolemploys asymmetric cryptosystem to exchange the secretkey and then uses faster secret key algorithms to ensureconfidentiality of the data stream [2, 3]. Symmetriccryptosystem (Secret-key algorithm) is used to encrypt anddecrypt messages by using the same secret key. While hashfunctions are a non-public key cryptography and workwithout key. As well hash functions are normally used asdata integrity primitive in more complicated cryptographicprotocols. However, the secure hash algorithm (SHA) wasissued by the National Institute of Standards andTechnology in 1995 as a FIPS [4]. Asymmetriccryptosystem on the other hand, works in a very differentway. In public key algorithm, there are two keys; bothbelong to one party, either the recipient or the sender. Onekey is used to accomplish half of the task (e.g. encryption)while the other key will be used to complete the rest of thetask (e.g. decryption).III. SYSTEM ACCESS CONTROL (LOGGING TO SYSTEM)The system access control process [5] is interconnectedand shared between the information security andcryptographic aspects. Ensuring that unauthorized usersdon't get into the system. The system control also protectspassword data and keeps track of who's doing what in thesystem. However, this process is used to ensure that thesystem it is accessible only to authorized entities and isinaccessible to others. System access control processprovides the computer security with the first security layerby controlling access to that system: Who's allowed to login? How does the system decide whether a user islegitimate? How does the system keep track of who's doingwhat in the system?However, logging into a system by the access controlprocess is a kind of challenge/response scenario. Thisscenario should be done by identification and authenticationprocesses.Identification and authentication [5] (I&A) is the processthat can be used to identify and verify the users on theirsecure systems. In secure system, the user must identifyhimself/herself, then the system will authenticate theidentity before using the system. However, authenticationverifies the user who is requesting access process ofdetermining the identity of a user that is attempting to accessa system [5, 7]. Therefore, the identification andauthentication processes can be done successfully throughthe following three classical ways:1. Something known: password, or a personalidentification number (PIN).2. Something possessed: smart card or token.3. Something inherent: face (Biometric) detection andrecognition, fingerprint, voice, retina, or irischaracteristics.Figure 3: Main branches of CryptographyISBN: 978-988-19252-0-6ISSN: 2078-0958 (Print); ISSN: 2078-0966 (Online)WCECS 2014 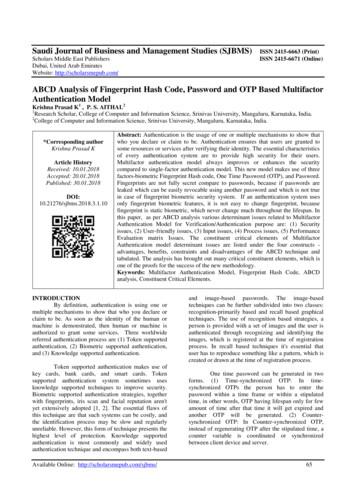 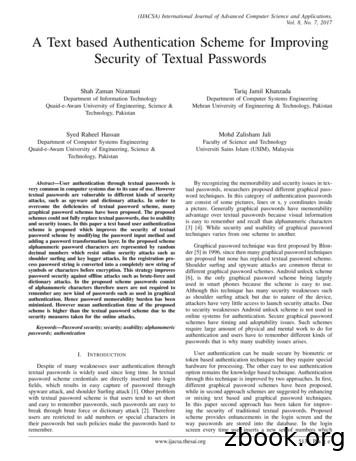 A Framework to Eliminate Backdoors from Response .
authentication systems, the user response is used as an input to the authentication computation, which is based on techniques such as public-key cryptography [26] and zero-knowledge proof [6]. In this paper, we focus on backdoors in the ﬁrst type of authentication system, response-c
17d ago
1 Views 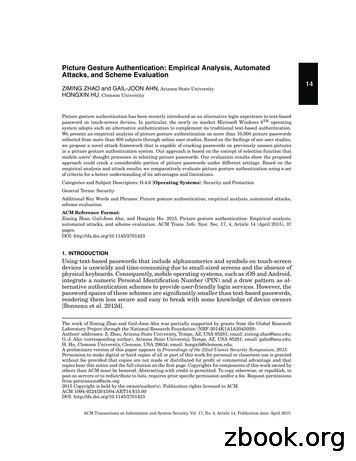 Picture Gesture Authentication: Empirical Analysis .
system adopts such an alternative authentication to complement its traditional text-based authentication. We present an empirical analysis of picture gesture authentication on more than 10,000 picture passwords collected from more than 800 subjects through online user studies.
17d ago
1 Views 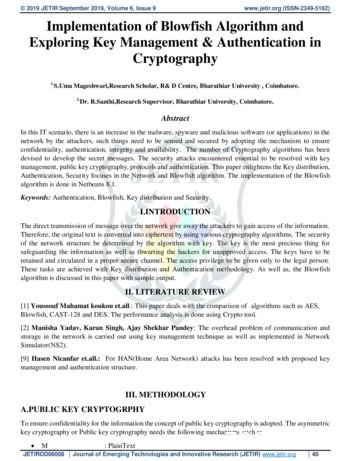 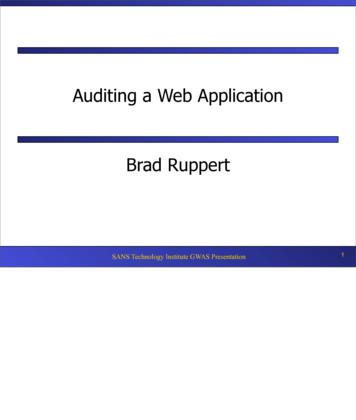 Auditing a Web Application - Sans Technology Institute
component rather than writing your own – Use strong authentication (tokens, certificates, etc) Authentication Authentication is the act of establishing or confirming something (or someone) is who they claim to be. Authentication of an individual should be validated prior to disclosing or providing any information specific to that individual.
26d ago
1 Views 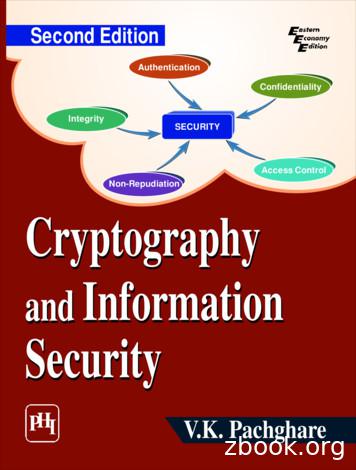 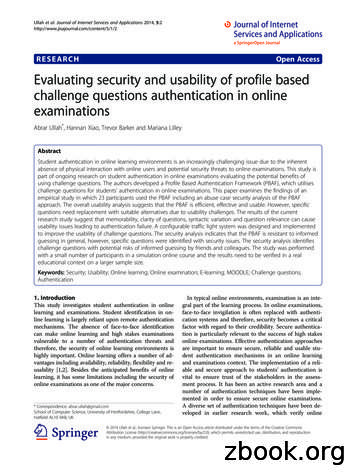 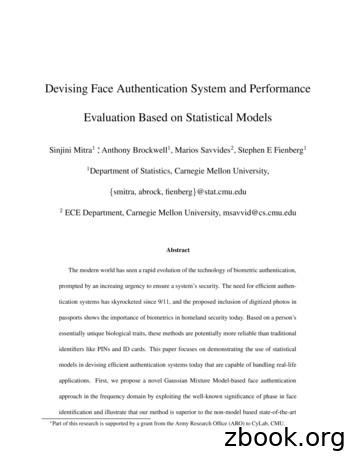 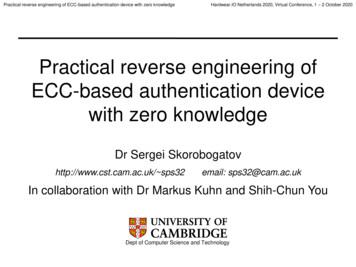 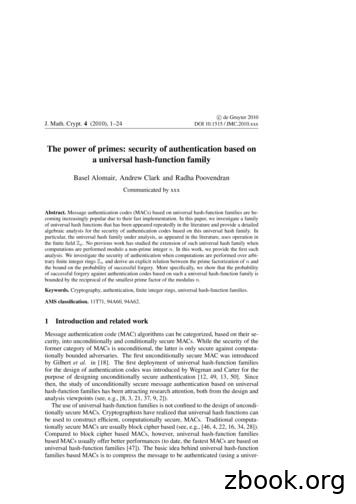 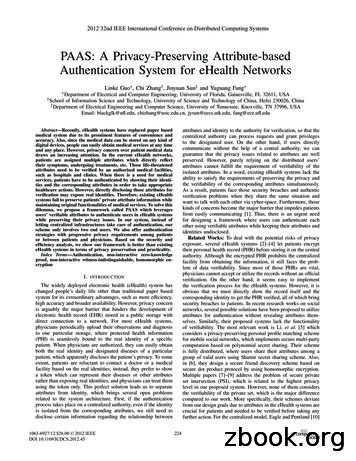 PAAS: A Privacy-Preserving Attribute-Based Authentication .
We also offer authentication strategies with progressive privacy requirements among patients or between patients and physicians. Based on the security and efﬁciency analysis, we show our framework is better than existing eHealth systems in terms of privacy preservation and practicality. Index Terms—Authentication
17d ago
0 Views
Popular Tags
Recent Views